Portugal’s extremely cold weather is set to continue until at least next week, with subzero temperatures forecast in many parts of the country.

Last weekend saw snow fall in northern parts of Portugal as well as in towns such as Évora and Estremoz in the Alentejo, where such as an occurrence is much rarer.

While the polar freeze is due to continue into next week, sunny skies are expected for the coming days as temperatures will gradually start to increase by next week, while rain is predicted to fall throughout mainland Portugal by next Tuesday or Wednesday.

Until then, the national health board (DGS) is urging citizens to protect themselves from the cold weather by avoiding “outdoor activities” and wearing warm clothes, such as gloves, woolly hats and scarves.

Local authorities have also ‘beefed up’ assistance to the homeless – such was the case in Portimão and Faro.

Authorities are also urging drivers to be particularly careful as ice could form on some roads.

In fact, drivers in the Algarve are being warned to be cautious when driving on the hilly roads of Monchique as subzero temperatures have turned some roads icy, which could lead to difficult driving conditions. 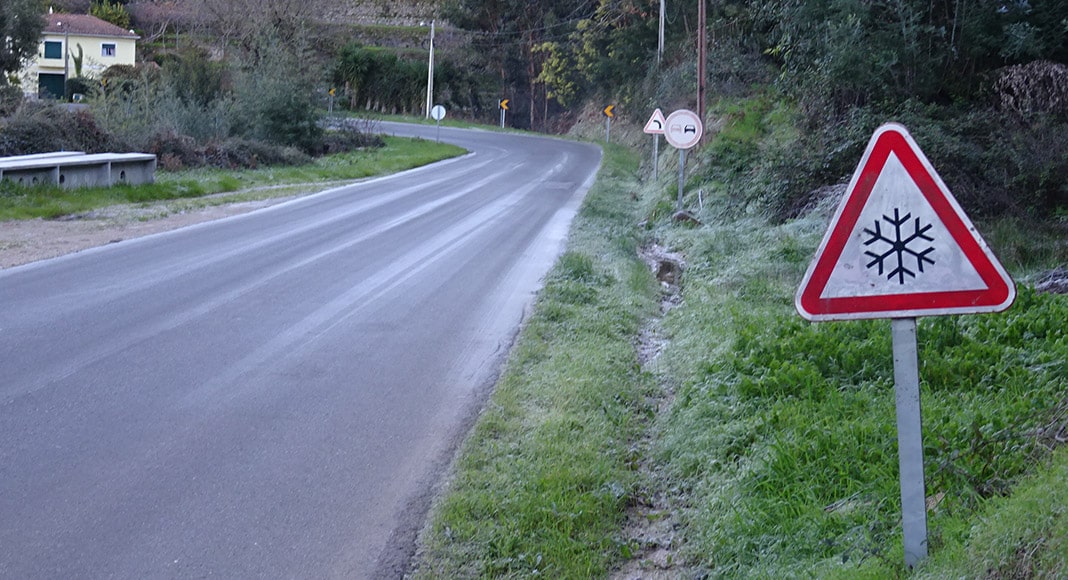 One reader told the Resident that the N267 road linking Monchique and Alferce was “covered in patches of frost” on Wednesday morning, especially in shaded areas.

“When I drove along it, it was quite slippery in a few places – the steering became rather light. Fortunately at low speed this was not a big issue,” reader Peter Weaver said. 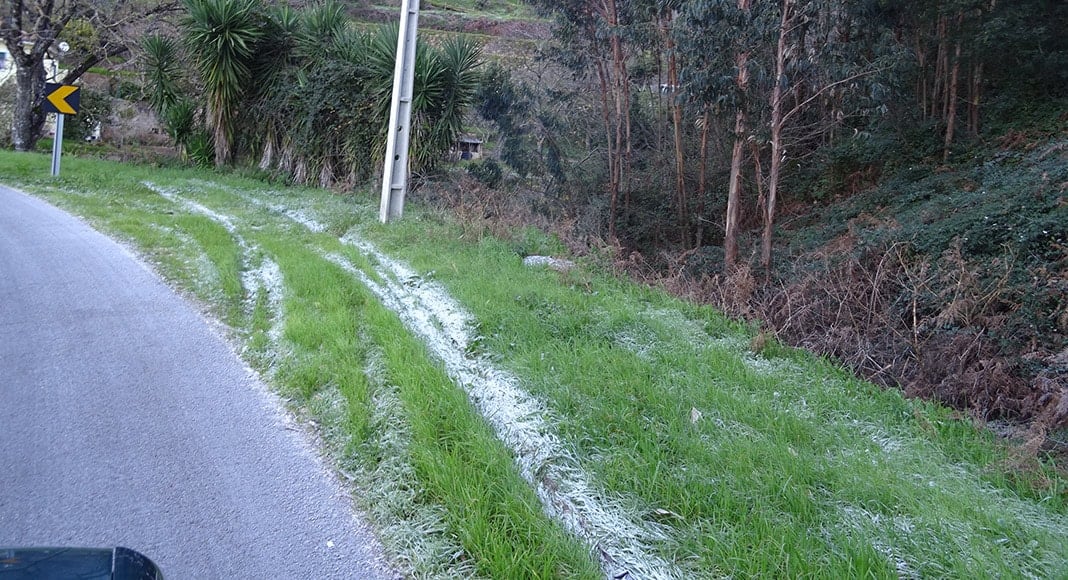 “Judging by the marks in the frosty white surface someone before me had been going too fast, braked at a bend, skidded straight-on and stopped only just in time; otherwise, they could have gone tumbling over the edge into the valley below, as there are no crash barriers along the road,” he added.

As he pointed out: “There are many places on that road that get no sun in winter, so the road remains cold-soaked and frosted even well into the afternoon.

“There is a permanent road sign (snowflake in a red triangle) as you leave Monchique warning of potentially bad road conditions on the N267; this week they really mean it,” Weaver concluded.

The warning is applicable to any stretch of road, particularly in hilly areas, that does not receive direct sunlight.