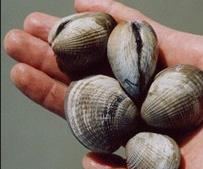 AN OFFICIAL ban on cockle-picking has led to the cancellation of the third Festival da Condelipa, a cockle festival held in Lagos that was due to take place this year at the end of April. The festival is aimed at encouraging tourists to visit the area during the low season, but with the key ingredient in short supply, there was no alternative other than to call the event off.

Joaquim Pedro Cruz, President of the Junta de Freguesia de São Sebastião, the entity responsible for promoting the festival, has told the press that the ban on the harvesting of aquatic molluscs took him completely by surprise. The prohibition order was published in Diário da República at the beginning of this month. “It was lucky we found out about the ban before we prepared our publicity for the event. If posters and flyers had already been printed and distributed, we could have been looking at damages of around 6,000 euros,” he said.

Cockle-picking is prohibited in Algarvean waters between March 1 and April 30, with the exception of captures of up to five kilos per day by accredited fishermen. Then, from May 1 until June 15, the annual nature preservation period is in force. The enlargement of the preservation period to three-and-a-half months this year is due to the fact that some species are in danger of becoming extinct.

Earlier this week, the council called an emergency meeting with the two dozen restaurant owners that were due to take part in the festival, in order to set an alternative date for the event. The festival is likely to be postponed until September or the beginning of October. A total of 16 restaurants took part in the first year of the event, 21 in the second and this year the number was set to increase even further. Around 1,000kgs cockles are consumed during the two-day festival.

In the future, the Junta de Freguesia de São Sebastião hopes to have a new venue at its disposal to host these kinds of events. “The council is currently studying a proposal to construct a fairs and exhibitions centre which would be ideal to promote this type of initiative,” commented Cruz.