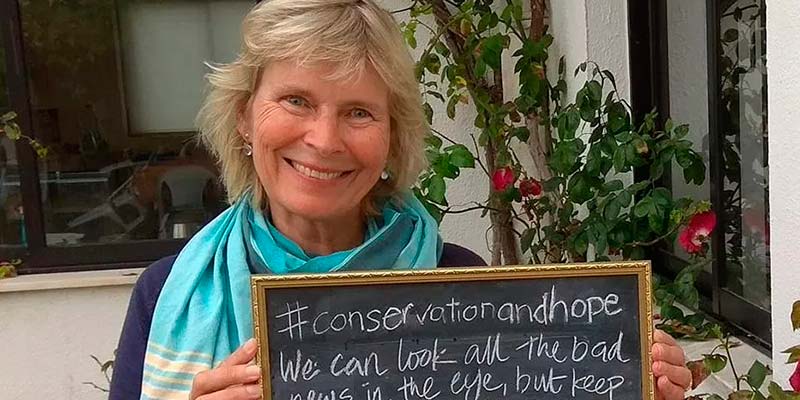 Miranda Harris, who co-founded the Christian environmental association A Rocha in the Algarve in 1983 with her husband Peter Harris, died in a tragic car accident in South Africa on Monday, October 28, aged 66.

Peter Harris, 67, was also involved in the accident and is being treated at a local hospital along with the driver of the vehicle while two other people – A Rocha International CEO Chris Naylor and his wife Susanna – did not survive.

The car crashed over a bridge and “plummeted 75 feet” (nearly 23 metres) into a river below while the group were on their way to the airport to fly home to the UK after a “dream trip to South Africa where they drove the 450 mile Garden Route from Cape Town to Port Elizabeth,” according to the UK’s Metro newspaper.

It reports that the group had been “enjoying a 10-day combined adventure and working holiday in South Africa, visiting A Rocha field groups as well as taking time out to enjoy wildlife safaris”.

The accident apparently occurred when their station wagon and luggage trailer crashed with a Chrysler Neon as they crossed the Swartkops Bridge.

Metro UK reports that the two cars were travelling in the same direction over the two-lane bridge when a gust of wind blew the British car off track.

“The impact of slamming into the other car flipped the Toyota over the crash barrier and sent it flying into the river, where it landed on its roof,” it adds.

Witnesses are said to have abandoned their cars and ran to help as locals waded out into the chest deep water to pull the victims free.

Eastern Cape Department of Transport spokesperson Khuselwa Rantjie said the accident happened at 11.45am on Monday last week and a case of culpable homicide had been opened.

“This is a serious shock for the whole A Rocha family and everyone else who knew them around the world,” A Rocha said in a Facebook post on Tuesday, October 29, a day after the accident, adding that the association “owes the Harris couple an eternal debt”.

A Rocha is based in Quinta da Rocha in Alvor. It was founded in 1983 by Miranda and Peter Harris and is described as a “national organisation devoted to the proclamation of God’s love for all creation through projects of study and conservation of the environment, education and cooperation with the communities, and the promotion of a comprehensive, sustainable and redeemed view of life in society”.