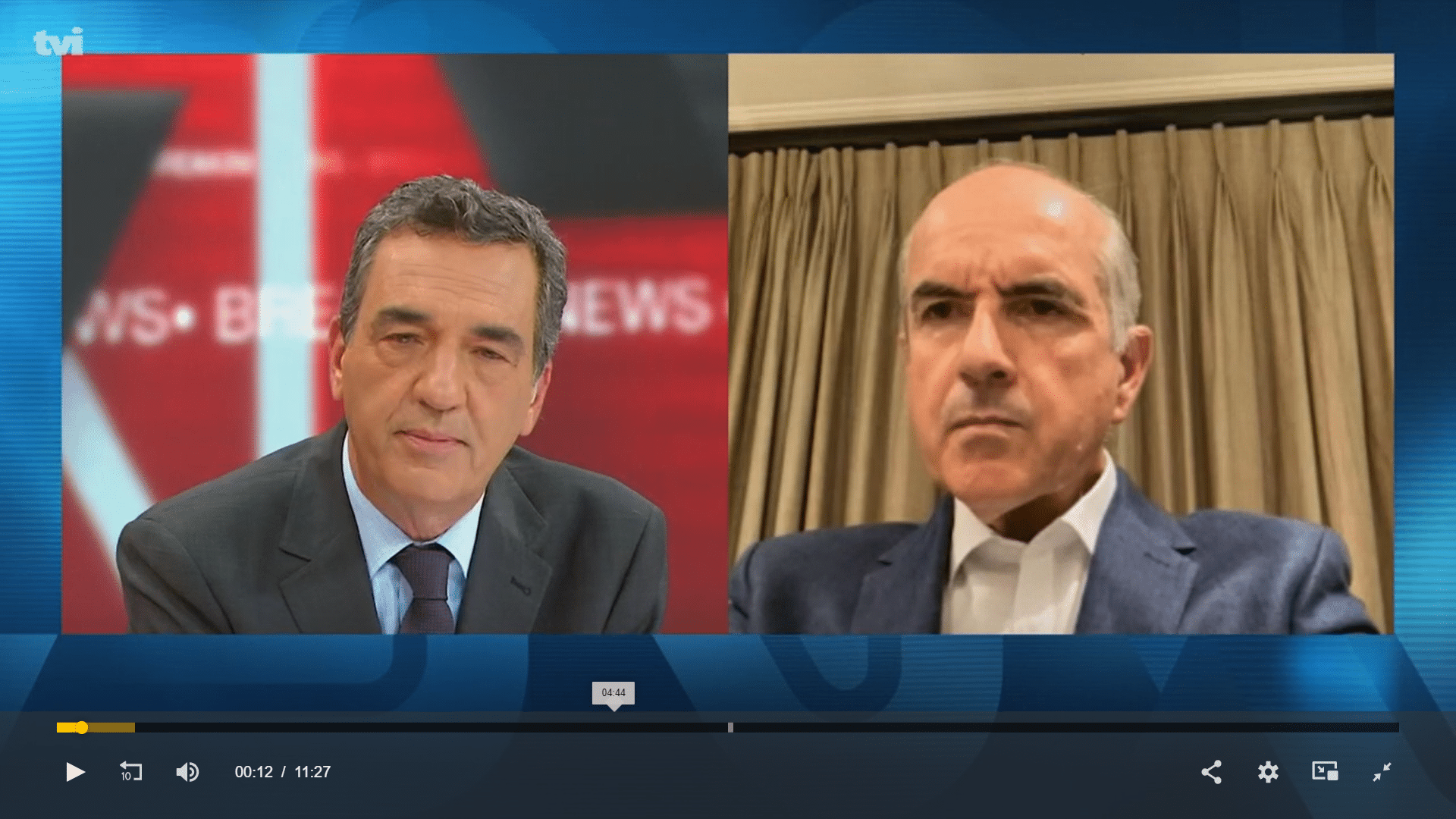 As subject matter goes, it was suitably ‘different’.

Mr Rendeiro – still in parts uncertain (CNN appears not to have traced the call…) said he would only return to the country with his record unblemished, or with a presidential pardon.

Facing a total of 19 years behind bars relating to three cases of fraud and falsification, he compared himself to Ricardo Salgado “living life quietly in Lisbon”.

While Salgado faces 60 crimes, Mr Rendeiro says he has been condemned over “not so many”. The difference is that Mr Salgado is “a person with a lot of information on delicate operations and complex players”, while he, João Rendeiro, isn’t.

It was an altogether unedifying interview, with the fugitive even breaking down in tears at one point.

But to add to the bizarre nature of the whole episode, President Marcelo was briefly questioned by journalists as he went to CNN Portugal’s inauguration party at the Jerónimos monastery in Lisbon last night, and he said Mr Rendeiro had essentially ‘missed the boat’ when it comes to presidential pardons, as “there is a long queue of people waiting for them” – who submitted their requests at the right time.

The right time, for Mr Rendeiro, would have been July 30, said the president – this presumably referring to the moment one of Mr Rendeiro’s condemnations reached the end of the appeals process that he has been pursuing for the best part of the last decade (click here).

CNN Portugal has taken the place of news channel TVI24.