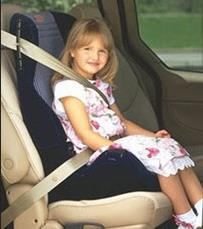 IN THE first large-scale operation aimed at the safe transportation of children in vehicles, Lisbon PSP patrolled the roads and pulled in school run cars, which were not equipped with adequate security features.

According to Deputy-Commissioner, Paula Monteiro, PSP officers checked over 1,000 vehicles, of which 31 were illegally transporting children.

According to the new law, which came into force in May, children under the age of 12, weighing less than 50 kilos and up to one-and-a-half metres in height, must be secured in a safety seat.

The drivers of the 31 cars found to be breaking the law were fined, a further 13 were also fined because their children were not wearing seat belts.

The operation, which employed around 300 police officers, took place between 6.30am and 9.30am on Monday, October 30, at key points in the Greater Lisbon area. The operation was repeated at 5pm.

Monteiro explained that the operation was also a preventative one – preventing people from breaking the law by educating drivers as to the correct form of transporting children in vehicles.