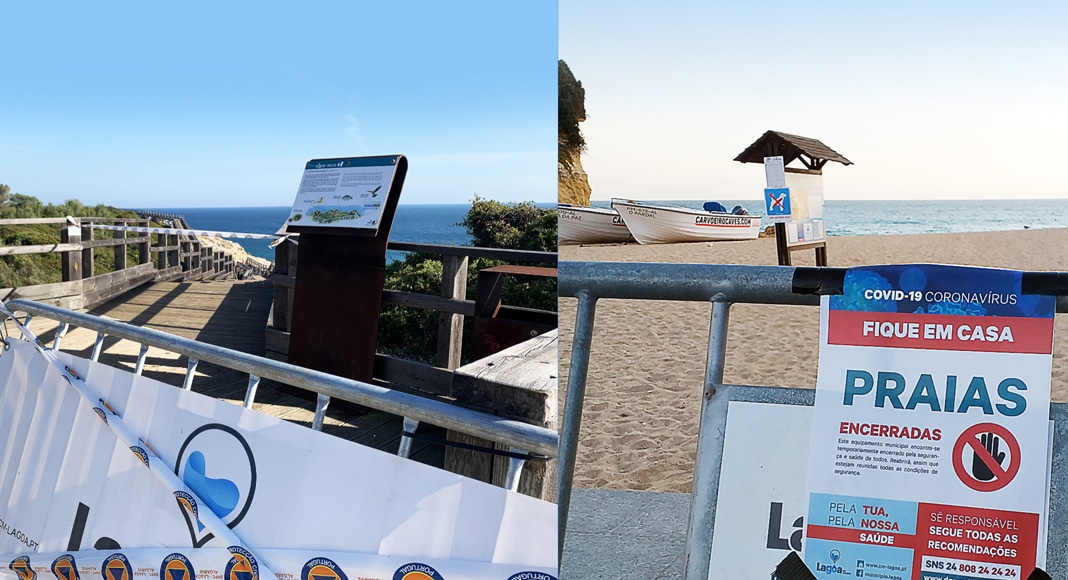 Beaches in Lagoa and Carvoeiro – as well as Carvoeiro’s hugely popular boardwalk – are closed to the public after several people were reported disobeying Covid-19 rules.

In a statement posted on its Facebook page this afternoon, the Lagoa-Carvoeiro parish council explained that cases of disobedience continued even after GNR police appeals to “stay home”.

“Security forces have been doing an excellent job but, due to their reduced numbers, they can’t be everywhere. With these measures in place, we hope to help to protect the population,” union president Joaquim João said.

The union urges people to be “responsible and stay home”.

Since this development, the municipality of Lagos has brought in similar measures, prohibiting citizens from the borough’s main beaches as well as any walking along the ‘avenida’ promendade.