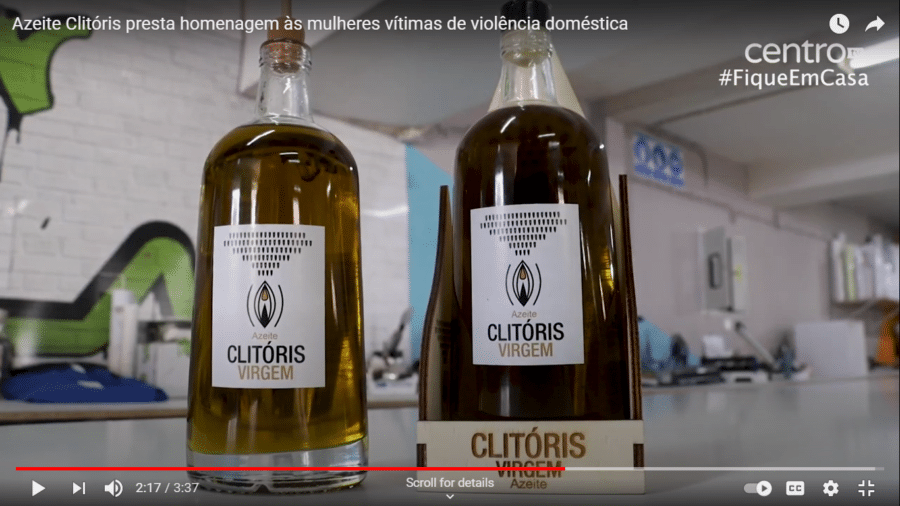 Designer Marco Dias has come up with an unusual way to acknowledge the global scourge of domestic violence: he has created a new brand of gourmet virgin olive oil and called it Clítoris.

As he explains, the idea came to him when he saw a ‘longitudinal cut of an olive’ and realised that it reminded him of a clitoris.

With oil olive production in mind on his family’s 40-hectare property in Oliveira do Hospital, Marco Dias got busy designing a suitable logo – and now Clítoris is selling online, reaching destinations like France and Luxembourg, and with expressions of interest from the United States.

Olive oil is all about pleasure, Mr Dias tells TV channel Centro TV, and it was “with this intuition that Clítoris came about”.

The leap from  pleasure to domestic violence is a little less clear, but Mr Dias told Centro TV his product is a ‘contribution’ and a ‘homage’ to victims who had lost their lives.

Clítoris is 100% natural, with no additives – and has only been in production since the start of the year.

Marco Dias’ hopes are that Clítoris now ‘can reach every part of the world’, particularly because it comes from Portugal which is already famous for the quality of its olive oil.