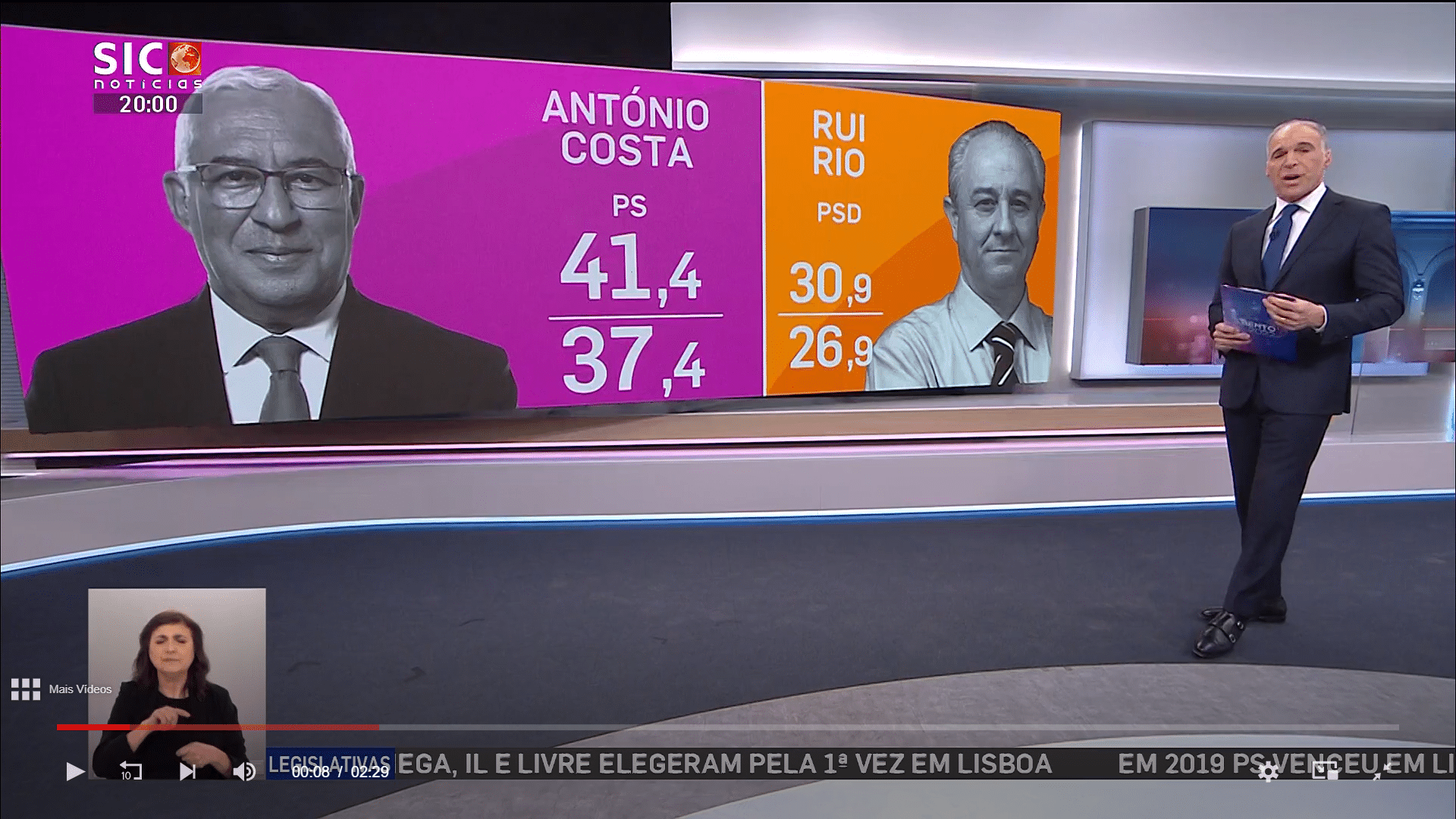 Shouts of victory have already been heard through the halls of Lisbon’s Hotel Altis where PS Socialists are anxiously awaiting the results of today’s snap elections.

All exit polls are giving the government a ‘clear victory’.

Blowing earlier forecasts out of the water, all that remains now is to ‘wait and see’ – and sort out the window dressing (which parties will be coming in 3rd, 4th, 5th places, and whether or not alliances are required).

For the moment, this is looking like the PS’ night – as well as one for Chega which is on course for becoming the country’s 3rd major political force.

It looks like there will be a grim few hours ahead for Bloco de Esquerda, PCP/ CDU communists and CDS – all set for plummets in already lukewarm popularity.

The poll by ICS/ISCTE-GFK/ Metris gives PS Socialists anything from 37.4% to 41.4% of the votes – meaning the party won’t need to be bound to a recalcitrant left-wing ‘gerigonça’ alliance of the type that has been blamed for precipitating these snap elections.

Everything points to them getting anything from 106 to 118 MPs (the latter signalling an absolute majority).

PSD, whose Rui Rio appeared so convinced of victory, doesn’t look like it will get much more than 30% of the vote at best: projections put votes coming in between 26.9% and 30.9%).

IL and Chega are right down when it comes to percentages (around 5% each) but it’s not yet clear which one will come out ahead of the other.

Whatever the case, expectations are that these ‘little parties’ will have around eight, even 10 times the number of MPs this time round.

The night is ‘young’; the winners are still not ‘secured’, and the losers haven’t lost all face yet.

Further reports to come when results are clearer.