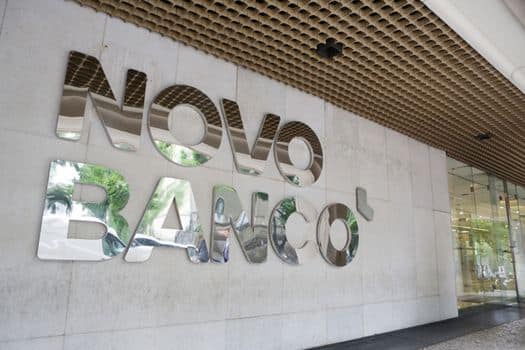 The government’s own political party (PS), its alliance supporters (BdE and PCP) and its opposition (PSD) – they all want more details and many more answers.

Dubbing the deal “ruinous”, Bloco de Esquerda’s Catarina Martins says the matter has to be debated in parliament – the earliest day being Wednesday – while the the PS has called for an urgent meeting with governor of the Bank of Portugal Carlos Costa, and chief Novo Banco negotiator Sérgio Monteiro.

In a statement issued today, PS party leader Carlos César says MPs “should know in detail all the preparatory and contractual aspects of the sale operation” – bearing in mind the State has no say in the bank’s management, but is guaranteeing to underwrite extraordinary losses of up to €4 billion.

With BE stressing that “the State will always be paying”, the PSD wants to know why the bank was not sold in its totality.

Says former finance minister Maria Luís Albuquerque: “We need to know and we want explanations to understand why this happened, and what consequences could come for taxpayers and the financial system.

“Up till today, there have been no explanations that allow us to understand”, she added, saying “clearly” the sale deal “will lead to public responsibilities because we know these have been assumed and that they could run to €4 billion”.

Bizarrely, even disgraced banker Ricardo Salgado – the man whose alleged mismanagement ultimately resulted in the creation of ‘good bank’ Novo Banco – has been sounded out for an opinion.

Slating the deal as a “disgrace”, he told television reporters: “The bank has been handed gratuitously to an institution that I know nothing about but which certainly has no background in the development and maintenance of operations for small and medium-sized businesses.

Salgado added that Brussels, believed to be in favour of the sale, “hasn’t got the smallest notion of banking necessities in Portugal”.

This is an issue that will be reverberating for days, if not weeks – while the national commission of Novo Banco workers is fearful for the future of its members.

In a press statement, the commission said “news stories point to more job reductions and the closing of bank branches. We are frontally against this possibility and hope that the strategy to reduce the bank’s business even further is not one that will favour other banks operating in the Portuguese market”.

Rádio Renascença suggested last week that as many as 55 branches of Novo Banco could be closed by Lone Star, while “close to 400 members of staff” may be laid off.

But as the clamour increases, President of the Republic Marcelo Rebelo de Sousa has stressed that the way he sees it, taxpayers are safe, and should not worry.

“It is the banks that really in 30 years, if this is possible, will pay the difference” (the shortfall of the deal), which, he added, “we hope will be the minimum possible”.