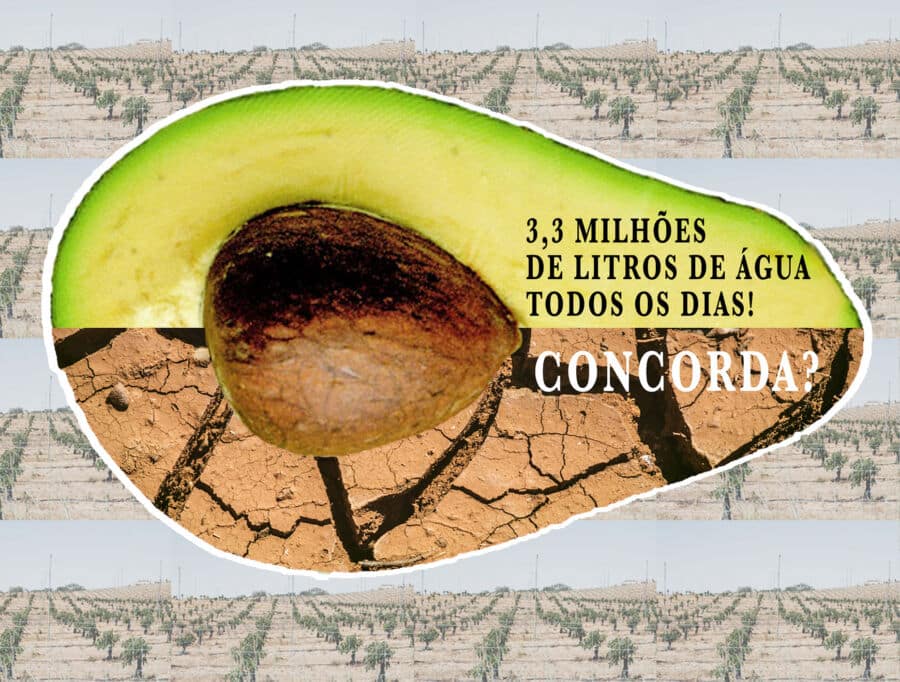 Civic movement Regenerarte has forced a landmark decision on water-guzzling monocultures in the Algarve.

After years in which authorities blanked the movement’s concerns almost entirely (click here) they have seen the CCDR (commission for regional development and coordination) slap an ‘unfavourable environmental impact evaluation’ on promoters of a massive avocado plantation near Lagos which environment minister João Pedro Matos Fernandes now admits ‘acted illegally’.

Frutineves Lda, based in Silves, had its name dragged through the mud only two months ago by Expresso columnist Miguel Sousa Tavares whose excoriating text may well have tipped the balance in this saga (click here).

By this point Regenerarte (which started out as a smaller group called Terra Saudável) had solid environmental NGO ‘support’ . Now, two months since Sousa Tavares described Frutineves as “the perfect example of how in this country it is easy to circumvent the law and get away with it” the pièce de resistance: an unfavourable environmental impact study stressing maintenance of the plantation sprawling across 128 hectares between Espiche and Barão de S. João in its current form “will have a very significant negative impact of elevated magnitude on the underground water resources of the Almádena-Odeáxere mass of water which cannot be minimised”.

The 19-page report confirms every fear local residents who teamed up to fight this project have had since the start: not only are populations in the area threatened by this monoculture in terms of water supplies during dry seasons, but the underground water sources themselves are open to contamination from the cocktail of chemicals used on the many thousands of avocado trees.

But what the document brings to the picture that is groundbreaking is clout.

CCDR vice-president José Pacheco insists Frutineves will now have to “break the continuity of the monoculture by reducing the planting units (meaning reducing the number of trees) to areas we think should not exceed 10 hectares and by introducing expressive ecological corridors (around 50 metres wide) around each of these units. This way, the process cannot proceed without this project being approved as well as regular monitoring of the implementation of these measures.”

In one relatively short paragraph Regenerarte’s wildest dreams have been answered. Trees will have to be cut down. Water consumption reduced. Nature reinstalled – and authorities will be watching this plantation and how it operates from now on.

“It’s fantastic news!” says one of the movement’s founders.

Algarve MP Cristóvão Norte has gone further: yes, it is fantastic news, but this should never have been allowed to happen.

The ‘nuclear issue’ is the nonsensical ‘separation’ (for that read lack of communication) between the ministry of environment and that of agriculture.

In parliament yesterday, Mr Norte laid into Mr Matos Fernandes saying he can no longer take refuge in ‘looking after the environment’ if he turns a blind eye to environmental destruction authorised by the ministry of agriculture.

This can never be allowed to happen again, said Mr Norte. The government has to create a global economic plan for the Algarve which ‘articulates necessities with the water reserves available’. There has to be diversity, sustainable agriculture and respect for natural values. If not, in a few months time there will be another project “for avocados, some other crop, golf or whatever” and the ‘deaf war’ between the environment and agriculture will simply go on allowing environmental atrocities.

“This is a really important step”, campaigner Eileen Gruschka wrote on the Regenerarte Facebook page last night: “Let’s hope it finally changes the ‘way-too-long-tolerated’ invasion of monocultures within the dry Algarve!”

The Resident has repeatedly tried to reach Frutineves for a comment but the company’s landline is not answering.