Portugal Resident
Home Lifestyle Motoring Citroën Ami – repeat after me: this is not a car 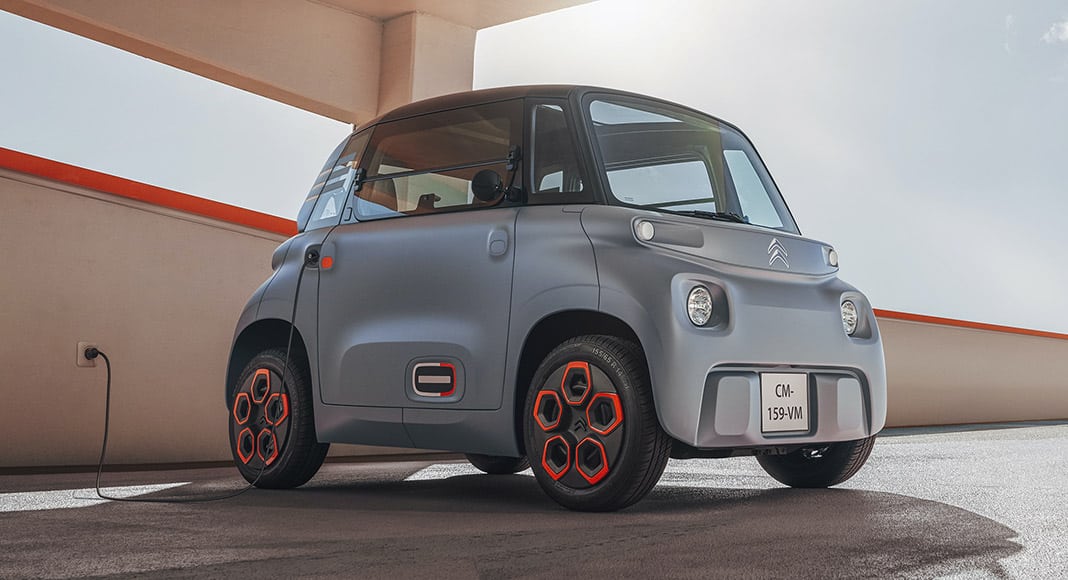 I have already tried the new Citroën Ami, a car that is not a car but that may well replace a lot of cars in our daily trips.

Well, this is not a car. It is built by one of the world’s oldest car constructors and you can buy one at a Citroën dealer, but this is most definitely not a car.

So, what is it? Simple: it’s a quadricycle. A vehicle with four wheels that is not allowed to go on the motorway but that you can drive as early as 16 years young.

And that’s not all. Because Citroën wanted to homologate the Ami as a quadricycle, it had to make it really, really small to comply with quadricycle regulations as well as limit its top speed to 45km/h. It comes with a 5.5kWh battery, 8 horsepower and weighs 485kg.

Range is 70km, which goes to show the Ami is intended purely for city driving. You can achieve that range by charging it in a domestic socket for a little under three-and-a-half hours. One thing that is of major importance is that the 70km are absolutely real. Usually, an electric car that shows 300km of range can achieve 70 to 75% of that. Not the Ami – you can trust it’ll do 70km on a single charge.

Aesthetically, the Ami is, let’s say, challenging. It’s by no means a beautiful thing, but it’s not ugly either. It’s different. Very different – and it introduces the public to a new way of approaching urban mobility that we will all certainly get more familiar with in the years to come.

It has two seats placed side by side, and not one in front of the other as in the Renault Twizy, with the concept behind the Ami being to engineer a cheap, practical and safe vehicle for city driving. That is why the front and the rear of the car are the same; or why the driver and passenger doors are also the same part – which, in turn, explains why the driver’s door is rear-hinged, thus opening to the front, much like a Rolls-Royce, but in this case to save money, not to make money by being unashamedly different.

There is no boot, but inside you will find a designated place for a trolley bag, whereas the plastic seats have a hole in the middle so you can access the small cargo area behind them. The welded steel spaceframe is visible all over the inside of the Ami, to which the unpainted plastic panels are attached to. In case of a crash where they break, they must be replaced to maintain the absolute structural integrity of the vehicle.

Press D and away it goes, zipping through traffic. You could be driving a million-euro red Ferrari it wouldn’t draw the same attention as the little Citroën.

People look, take pictures, give you the thumbs up and just generally respond to the Ami. This, of course, will last for as long as it takes them to get used to these new mobility solutions.

One guy even shouted: ‘Hey, how much does it cost?’ Well, the answer is, it starts from €7,500, but Citroën does not want to sell too many of them. This is designed to be a shared or leased service and I wouldn’t be too surprised to find out you could use one for as little as €20 or €25 a month, although final prices for this are yet to be announced.

Remember, this is not a car, and you are not supposed to own one in the traditional sense. This is something to replace your daily car, the taxi or the uber we are all now so accustomed to, when you need to move inside the urban perimeter. Forget the bus, take an Ami.

At 2.41m long, it is half the length of a normal car and, with a turning circle of 7.2 metres, it is very easy to manoeuvre, so its city credentials are unequivocal. But there are some drawbacks to not having to be an actual car. ABS? No siree. Also, no airbags, crumple zones or any other electronic safety aids.

Still, it’s a lot safer than a scooter or a bicycle.

Visibility is fantastic. Because you sit so far back, there is almost an IMAX-like screen in front of you, which allows you to place the small Citroën in the narrowest of openings and just keep moving along where others must stop and wait. Quite fun that part.

There are different versions to choose from, including the Ami Cargo, which ditches the passenger seat and installs a cargo box. This one is for the FedExs of the world and, I have to say, looks like a very clever option. You can buy the Ami online or at a FNAC store and have it delivered to your home, where you will have to assemble some parts yourself or pay a small extra for the delivery team to do it for you. They will also give you a small briefing on how the Ami works, how you should charge it and what to expect from the ownership experience. Logically, you can also just buy it from a Citroën dealer and, in my opinion, make it easier on yourself.

Is this the end of normal cars in big cities? It might be. There is no denying the Ami answers a lot of questions. I just wonder if we are prepared to ask the questions just yet. 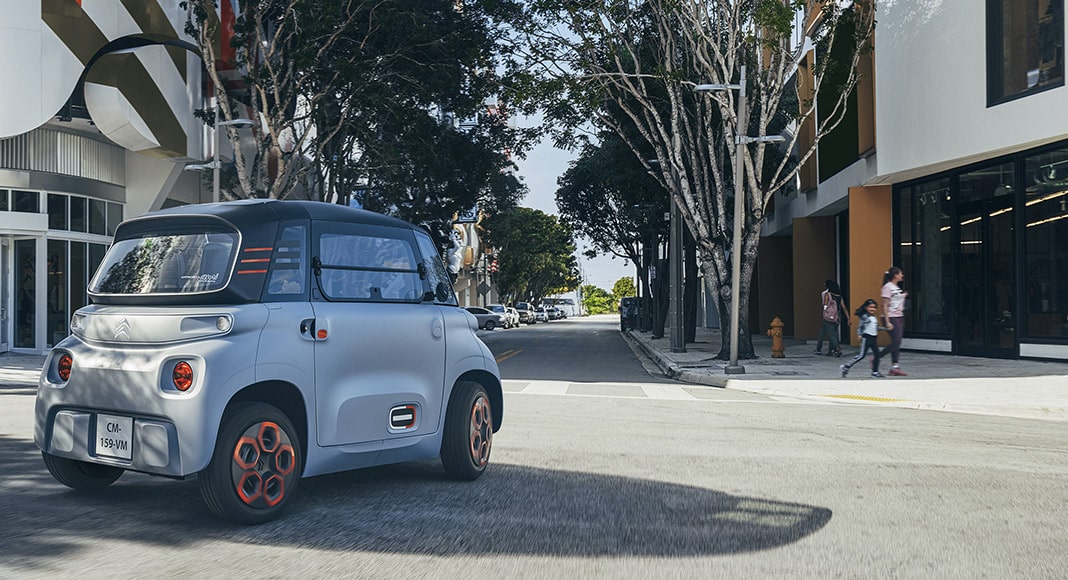 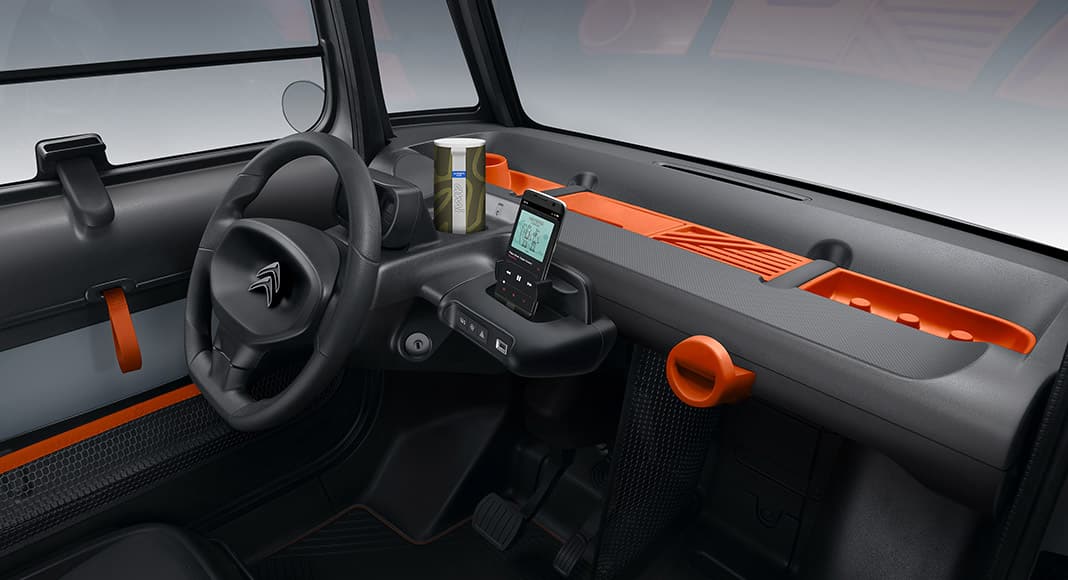 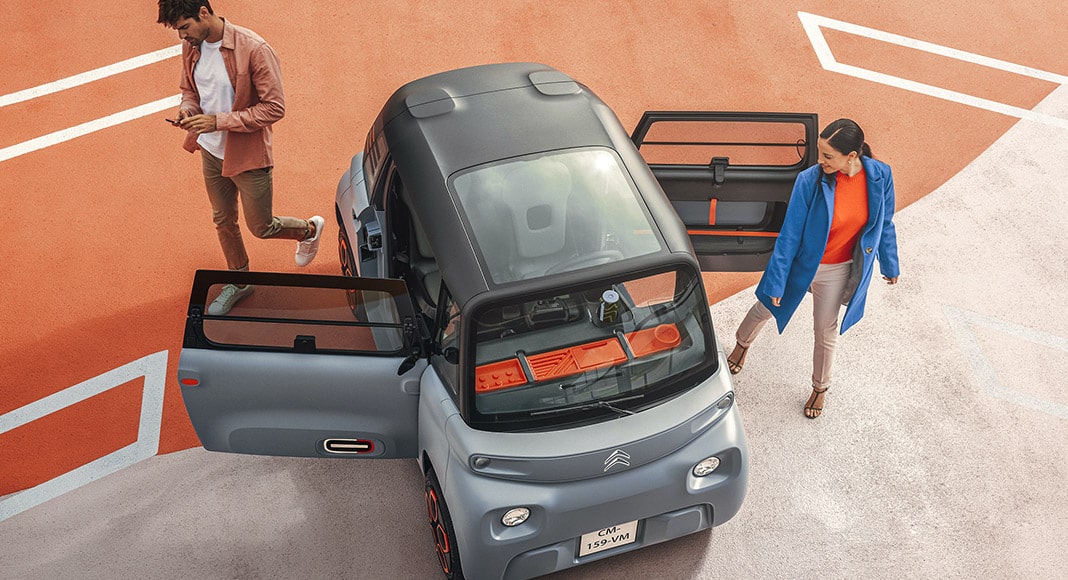