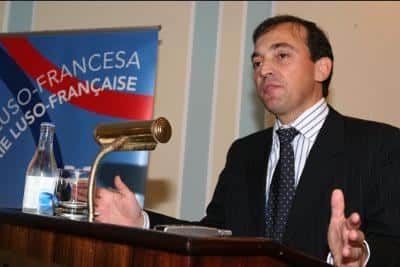 The Portuguese government’s tax performance for 2008 was “nothing to be ashamed of” given extremely difficult economic conditions, said the nation’s top tax collector on Friday.

Addressing both the British-Portuguese and French chambers of commerce at the Hotel Pestana Carlton Palace, the Director-General of Taxes, Dr José Azevedo Pereira, said that fiscal reforms and modernisation both in terms of technology, computerisation, a better trained and educated workforce, had made it easier for the general public and businesses to fulfil their fiscal responsibilities.

“Benjamin Franklin said 200 years ago that there were two things certain in life: death and taxes and I think all of us agree with this and that taxes have to be put in first place in order for the state to survive,” he said.

Dr José Azevedo Pereira said that the Portuguese Inland Revenue had succeeded in reducing the amount of taxes outstanding while outstanding fiscal receipts overall had increased but had some doubts that objectives for 2009 would be met due to the financial and economic crisis and recession.

A total of 29 billion euros had been collected in taxes in 2008 while 1.5 billion euros in unpaid taxes had been clawed back through more effective coercive measures with a total of five per cent of taxes going unpaid “which could have been worse given the difficult combination of economic circumstances”, he said.

However, overall the objectives in tax revenue were less than in 2007 in terms of receipts because of a variety of factors including a reduction of Value Added Tax by one per cent and falls in receipts due to lower fuel prices.

State receipts stood at 27.88 billion euros (a decrease of 13.7 per cent) while fiscal receipts for January 2009 in both Direct and Indirect Taxes were down 11.6 per cent and 9.9 per cent respectively.

The tax authorities had seen business tax, or IRC, fall by 23.1 million euros while refunds had climbed to 50.5 million euros.

However, the government did better when it came to fiscal fraud and tax evasion exceeding its claw-back benchmark objective of 3.5 billion euros by 15.6 per cent revealing a lesser tendency among the Portuguese population to evade paying taxes.