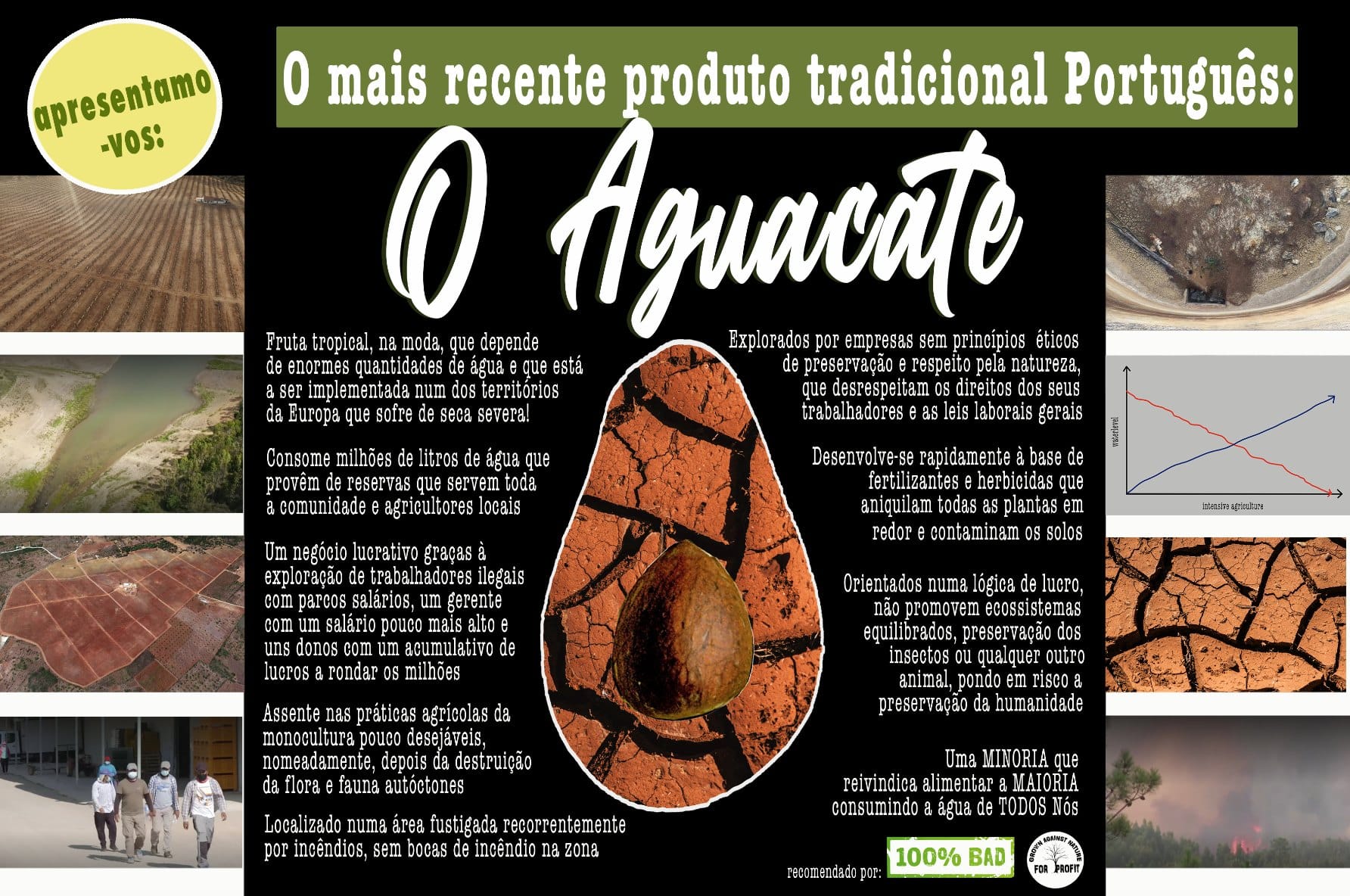 Determined citizens in a rural backwater northwest of Lagos are still battling to get a rogue avocado plantation to do as it has been ordered by government-backed authorities (click here).

Six months since the massive agricultural project was handed an ‘unfavourable’ declaration of environmental impact – meaning it has to radically change the way it had ‘taken over’ the land – absolutely nothing has changed, to the point that Regenerarte (the group created to face-up to the situation) recently took to the law to push authorities to ‘do their job’.

That done, the CCDR (Commission for Coordination and Regional Development) of the Algarve publicly announced that Frutineves Lda – the company running the exploration – has now been notified that it has two months to ‘reposition legality’ (ie do as it has been told).

But in the very same ‘public announcement’, the CCDR ‘informed’ that Frutineves has come back and said it will now be lodging an administrative action “with a view to annulling the decision” that it must comply with the law.

In other words, after all this time – and all the water still being drawn from precious aquifers – the ‘landmark decision’ to restore some kind of balance appears to have made no difference at all.

Writing about this plantation earlier this year and how it began operating, Expresso columnist Miguel Sousa Tavares described Frutineves as “the perfect example of how in this country it is easy to circumnavigate the law and get away with it” (click here).