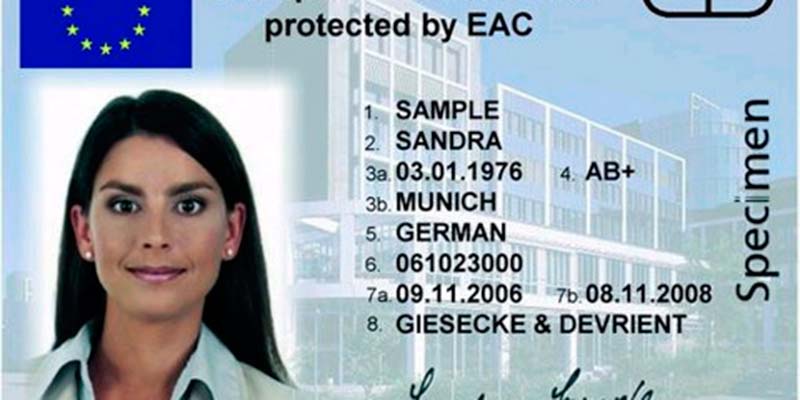 All European citizens are to have the same kind of identity card from 2021.

According to reports today, the decision to introduce ‘uniform’ identity cards throughout Member States was reached following an agreement between the European Parliament and European Council.

The reason, apparently, is to reduce the risk of identity fraud.

Explains Euro MP Carlos Coelho, there are currently around 100 different citizens cards “and similar” being used on a Europe level. The mix has led to all kinds of difficulties, including Portuguese citizens cards actually being ‘refused’ in Germany due to the fact that they differ so much from cards authorities there accept.

Thus, from 2021 (or depending on the year when current citizens’ cards come up for renewal) all formats will start being the same: the photograph on the left-hand side (Portugal’s is currently on the right), a European flag (taking the place of individual country flags) and stronger ‘encription’ (data protection safeguards on the ‘chip’).

The new card will not carry any ‘extra costs’ and no-one is obliged to apply for one before their current (national) card expires.

The EU regulation supporting this change is due to be published in May, the month of the European parliamentary elections.

(Portuguese citizens cards are not to be confused with Portuguese residency cards held by expats.)