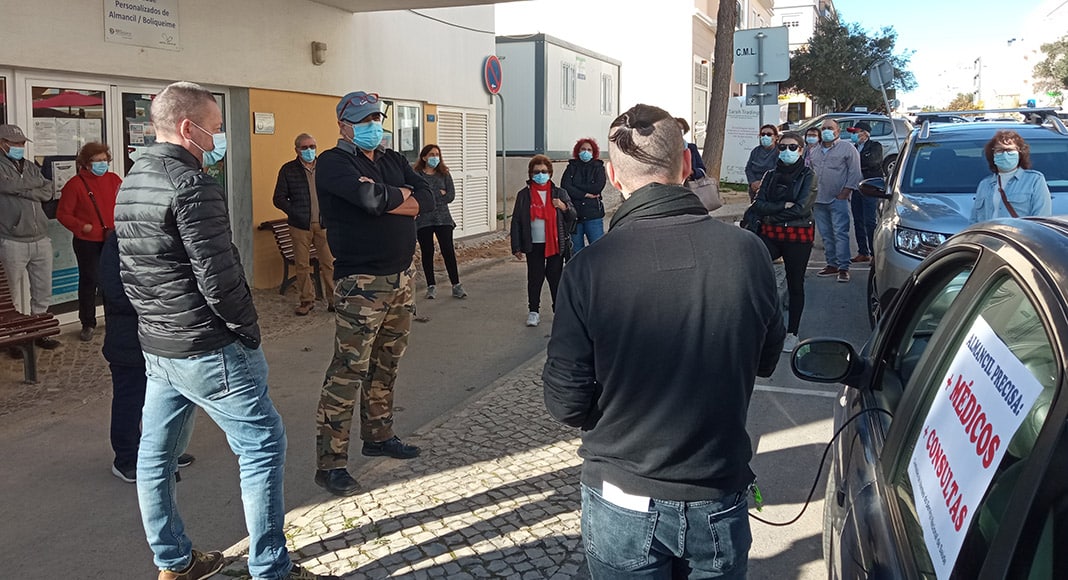 A protest demanding “more and better healthcare” was held outside the Almancil health centre (Centro de Saúde) on Saturday (December 11).

The protest was organised by the Commission of National Health Service Users in Almancil and saw several citizens coming together to expose the “huge difficulties” that local citizens face when it comes to accessing public health services.

Making an appointment at the health centre has become increasingly difficult, protesters explained, adding that there are situations in which patients are left waiting for “months and months without an answer”.

Protesters called for a meeting with the health centre’s board in order to “discuss the situation and the problems that the population of Almancil faces in accessing healthcare”. They also decided to begin a petition to be delivered to the regional health authority (ARS Algarve) and the central Algarve health centre group (ACES Central).

The protest was supported by the Movement of Public Services Users (MUSP), which revealed that several similar initiatives denouncing issues with the national health service were carried out throughout the week in Portugal.