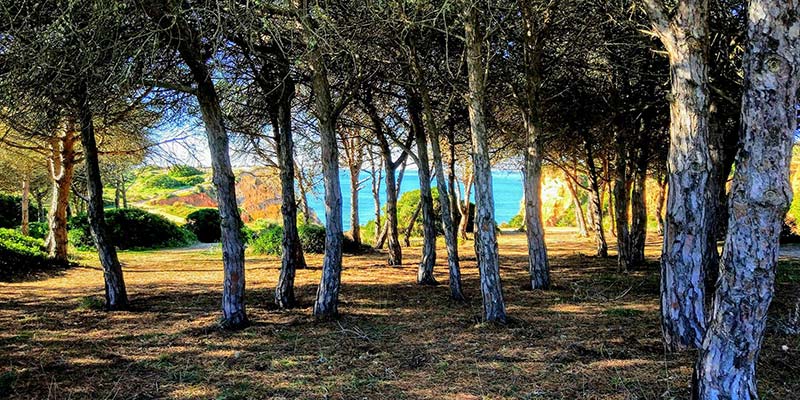 Developers planning to build three hotels along a coastal area in Portimão have spoken out against recent press reports, saying they have failed to mention “essential details”.

Citizens’ group ‘A Última Janela para o Mar’ has already fired back, accusing the developers of “fallacies, premeditated errors, surgical omissions of facts and a huge lack of knowledge about the area where they plan to build”.

But developers – Astronow, TopBuilding, Areia Feliz and MI Estoril Invest – insist that the project for the area between Três Irmãos and Vau follows the guidelines included in the urbanisation plan approved in February 2008, claiming that two of the hotels will be built in areas where there are “practically no trees”.

“Aware” that the local trees (mostly stone pines) are a “valuable asset”, developers say they plan to protect them by “pruning the healthy ones” and “removing the dried ones”, following recommendations from the nature and forest conservation institute (INCF) and the local council.

Boardwalk “to fight erosion”
According to the developers, there are also plans to build a 1,200m boardwalk to allow tourists to continue exploring the coastal area and to reduce the impact of hikers on the cliffs.

They lament that the environmental impact study was “analysed too hastily” and stress that the whole coastal strip, which is now private property, will be handed over to the local council and will become public land.

They also say that the hotels “won’t be visible from the coast”, the birdlife won’t be affected and that “botanical microreserves” will be created to protect the rare plants that are located within the construction areas.

But the citizens’ group is adamant that the whole project violates the urbanisation plan as it shows “a complete disregard” for the small landowners who are affected by the construction plans.

The group also says the urbanisation plan states that the construction area cannot be larger than 28,750sqm, but the existing project will occupy 29,500sqm.

“The developers also fail to mention that three hectares of land that is home to a protected species (Linaria Algarviana) will be destroyed,” the group adds.

It also claims that the developers are “lying” about how far the hotels will be from the coastline and attacks them for blaming coastal erosion on the hikes that people enjoy along the area.

“In fact”, citizens say, building a boardwalk such as the one proposed by the developers “is not advisable in an area with naturally eroding cliffs” as they can lead to “more fractures and fissures”.

The disgruntled citizens add that the effects of walking along the coast could “easily be solved” if trails were properly signposted and included information panels to better guide walkers. The “renaturalisation” of trails would also help.

Left-wingers call for meeting with government
Meantime, Portugal’s left-wing party Bloco de Esquerda (BE) wants the government to weigh in on the controversy and has called for an urgent meeting with the Secretary of State for Territorial Planning and Nature Conservation to obtain more information about the project.

“The project has led to an uproar among citizens who fear that the ‘last green window to the sea in Portimão’ will be destroyed,” the party says in a communiqué sent to the press.

As the left-wingers point out, the João de Arens area “can be considered the last natural area of Portimão’s coastline where there are many rare and exotic plants and many bird species” due to its proximity to the Alvor estuary.

“We must preserve our environmental heritage so that citizens and future generations can enjoy it,” the political party concluded.

Photo: Developers have vowed to protect the local trees (mostly stone pines), which they say are a “valuable asset”, but citizens fighting the building plans are doubtful