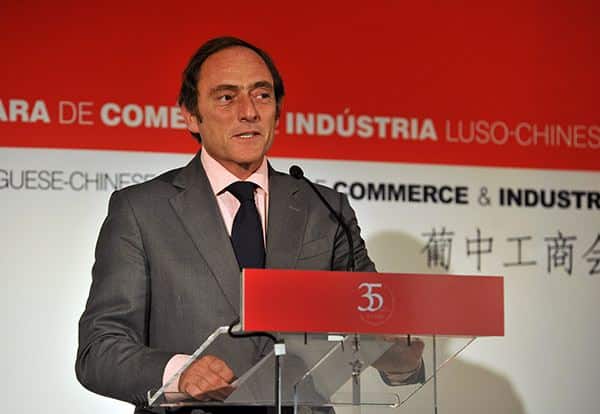 The wave of Chinese attracted by Portugal’s ‘Golden Visa’ programme shows no sign of peaking, with deputy PM Paulo Portas radiantly declaring that it is proving a powerful tool for economic recovery – and a bonus to the real estate sector.
Talking to Lusa news agency, Portas said he was hopeful that money made from the programme would exceed €500 million this year.
Last year saw 471 of the visas awarded to foreign investors – translating into a €307 million boost to the nation’s coffers – but 2014 looks set to be even better, said Portas. In the first three weeks of January alone, Portugal issued 49 golden visas, almost all of them going to wealthy Chinese.
Talking to journalists, Chinese translator Mia Kong explained the Chinese see the programme as a gateway to Europe.
Kong was accompanying two Chinese couples who travelled to Sintra last weekend to view properties for sale at the exclusive Quinta da Penha Longa development.
The estate agent in charge of the tour, Andreia Falcão, told Correio da Manhã newspaper that as little as 10% of foreign-buyers actually end up living in Portugal. Their objective, she said, is simply to gain unlimited access to Europe.
Market prices here also help, she explained. To qualify for a golden visa in Portugal, foreign buyers need only to spend €500,000 on property – whereas in Peking, a small apartment can cost four times as much as that.
Falcão said in many cases buyers look for properties at the lowest end of the scale, but then choose one that is more expensive. If two people want golden visas, they can both qualify by buying a million-euro property between them.
Other than Chinese – which represent the lion’s share of buyers clinching golden visas – Angolans, Brazilians and Russians are embracing the scheme.
Photo: Deputy Prime Minister Paulo Portas speaking during an event to mark the 35th anniversary of the Portuguese-Chinese Chamber of Commerce and Industry
Câmara de Comércio e Indústria Luso-Chinesa