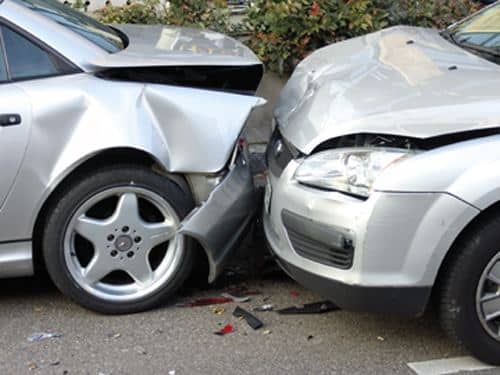 In perhaps one of the most bizarre car accidents of the festive season, a Chinese Mercedes driver is understood to have “crashed violently” into the car of a Portuguese woman, and then abandoned the scene on foot – leaving not only his victim lying injured in the street, but a terrified child left behind in his car.

The extraordinary alleged behaviour was compounded by the fact that shortly after the accident a Chinese woman is understood to have turned up – not to rescue the child left behind, but to “try and remove the documents of the car”.

According to the Portuguese victim’s son however, the Chinese woman was thwarted in her mission as the PSP moved in.

The less-than-exemplary story took place on the night of New Year’s Eve in Vila do Conde shortly after restaurant owner Helena Carvalho got into her car and drove away “to collect a friend”.

She had travelled “just a few years down the road” from the restaurant in her Peugeot when it was “hit by a Mercedes” that had “not respected a stop sign” and was trying to enter Bento de Freitas avenue “on the wrong side of the road”, claims national tabloid Correio da Manhã.

Carvalho’s son Vítor arrived at the scene shortly afterwards and told the paper:
“My mother was in shock. She had summoned up the strength to get out of the car, but then she fainted, and the man ran off. The son, who seemed to be about 13 or 14 years old, wasn’t even able to talk he was in such panic.

“Then a Chinese woman appeared and, from what I could gather, tried to remove the Mercedes’ documents. The PSP had to intervene”, he added.

His mother, meantime, was taken to hospital and given the all-clear to leave a few hours later.

As the holidays are finally behind us, the dismal litany of accidents, severe injuries and road deaths is being totted up, with CM suggesting “at least 26 people” have been killed since December 15, the time from which traffic police up their habitual level of roadside vigilance.
Operation Tranquil Christmas was thus anything but tranquil and figures this year suggest accident levels are up on 2014.