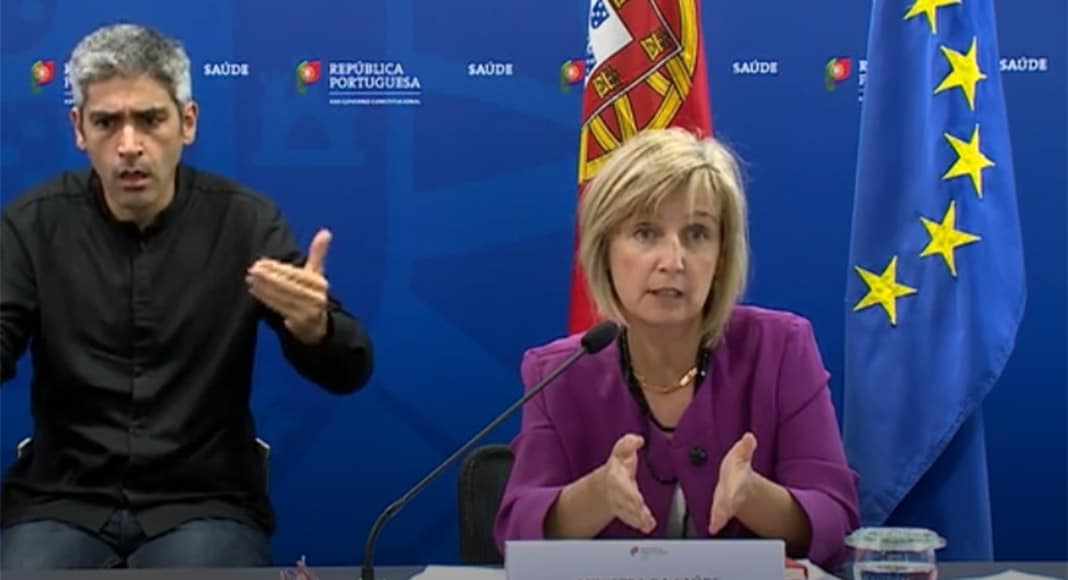 Health minister Marta Temido has given some new pointers to the vaccination programme due to be published later today.

Talking to journalists in Lisbon after the ‘vaccination task force’ delivered its ideas on priorities/ logistics etc to the government, she stressed: “Data available does not recommend the vaccination of children or pregnant women”.

Again, ‘queries’ about target age groups and efficacy were visited in her comment that “clinical trials mostly involved people from the ages of 18-55”.

The trials have also not been conclusive on ‘length of immunity’ by dint of the fact that they have been produced in ‘record time’.

Says tabloid Correio da Manhã: “In spite of the doubts, the minister confirmed that the vaccine produced by Pfizer should arrive in Portugal during the first week in January if the European Medicines Agency which meets on December 29 approves it”.

Ms Temido added that a meeting has been scheduled by the agency for January 12 to “evaluate the Moderna vaccine”.

Otherwise, her discourse simply confirmed what was already ‘in the news’: that the first phase of vaccination would take its time, but that the roll-out would pick up speed throughout the months of 2021.

Indeed, she suggested the initial roll-out “would be marked by the greatest limitation on access”.

This warning follows news that presidential candidate Ana Gomes actually ended up resorting to taking a flu vaccine this year supplied by a friend in France, because she too couldn’t get a shot in Portugal.

Says CM, the Pfizer vaccine – which will be ‘free and optional’ – will cost the State around €9 per shot. Each person getting the vaccine will require two shots.

Studies indicate that 20% coverage of the population would be enough to reduce the risk of contagion to a minimum, adds the paper.