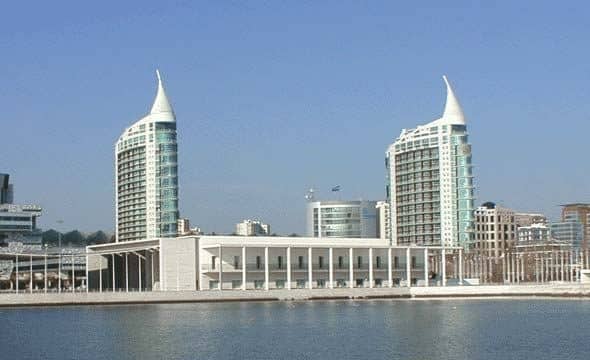 The tragic story of a five-year-old Chinese girl falling 21 storeys to her death in the early hours of this (Friday) morning appears to suggest the child was home-alone as her parents were to be found at the Lisbon Casino.

Whether her parents were working at the casino, or playing the tables, has not been explained by the short report published in Correio da Manhã shortly after 8am.

The text simply says that the child died after falling from the 21st floor of one of the Torres de São Rafael in Parque das Nações “at a time when she was alone at home”.

“It was the parents who sounded the alert, shortly after 3am”, writes CM.

When they got home from the casino, they could not find their daughter in her room.

“The child had fallen into an area inside the luxury condominium”, said the paper, adding that the parents were taken by PSP agents to be questioned by judicial police (PJ).

Since CM’s report, Jornal de Notícias has added more news, saying the condominium is the same that saw a young Brazilian model fall to her death from the 15th floor in 2011.

Jeniffer Viturino fell from a window in the apartment of her boyfriend, and despite suspicions that her death could have been prompted by domestic violence an autopsy failed to detect anything suspicious.

JN adds that the exclusive Torres de São Rafael are popular with “actors and footballers”. A duplex apartment there “can cost as much as €600.000”.