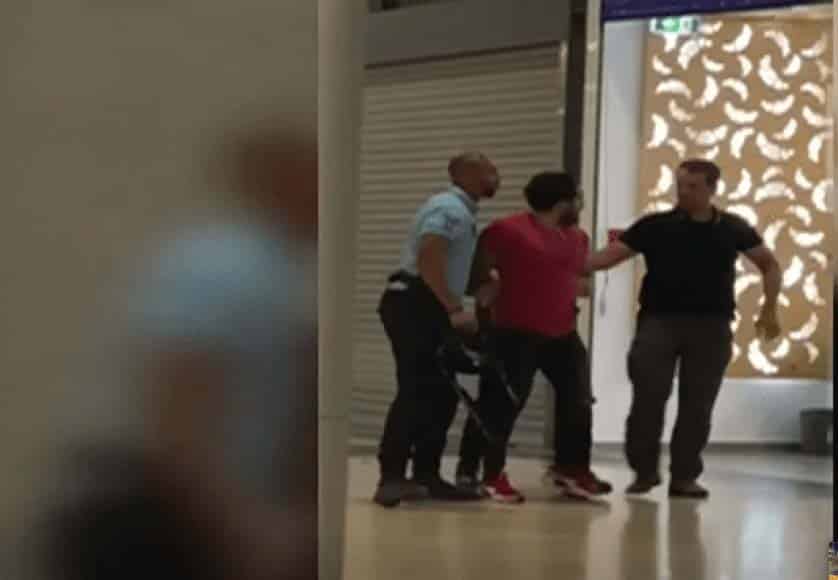 A five year old child was injured last night in Almada forum shopping centre when a “confrontation between two rival groups” led to shots being fired.

The little girl was shot in the leg. Her life is not in danger. She has been admitted to nearby Garcia de Orta Hospital.

The confrontation does not appear to have been gang-related.

A strong police presence was quickly mobilised as shoppers and shop-keepers reacted in panic.

Shops were shuttered; people fled and the shopping centre was rapidly closed down.

A man was ‘intercepted’ (it is unclear whether he was the shooter), and led away by police without offering any kind of resistence.

In all, two, possibly three shots appear to have been fired – the little girl being the only report of injuries sustained.

The incident happened around 9.45pm, in the restaurant area of the popular centre.

It is one of a number of outbreaks of violence recently (see stories on main menu to come), and has elicited some commentary over social media. One particular post ringing ‘loud and clear’: “Portugal is becoming a country of the Wild West. Our leaders always consider these cases as isolated, but injuries and sometimes deaths, are happening…”

The shootout followed the stabbing to death of a barman in Setúbal in the early hours of Friday – due to the fact that he had reportedly “tried to prevent abuse to female clients” in the bar where he was working (see story to come); while the Sintra area is being targeted by a group of masked robbers taking people hostages in their homes (story to come).