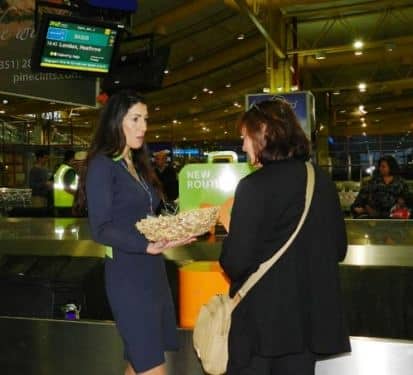 Chemists across Portugal are protesting against “destructive medicine pricing policies” implemented by the government and warn of critical drug shortages as stock rationing and bankruptcies threaten to place patients’ lives at risk.

In an unprecedented move by the pharmacy sector in Portugal, a nationwide protest that started on Monday, entitled Farmácia de Luto (Chemist in Mourning), is now encouraging members of the public to support their local chemist by signing a petition calling for alterations to the current medicine pricing policies, which have significantly lowered the price of medicines and set out “unsustainably low” profit margins on drugs.

Paulo Duarte, President of the Associação Nacional de Farmácias (ANF), fears that hundreds of chemists are on the brink of shutting down as a result of the constant slashing of medicine prices and profit margins since 2005.

The profit margin is now fixed according to the price bracket of the medicine under the policy implemented over the past two years. For example, a profit margin of around €10 is set for medicines priced over €50. Pharmacies used to operate on an 18.5% profit margin on all drugs they sold.

Around 600 pharmacies could close next year as they are unable to support business operating costs and are failing to meet their financial obligations to suppliers.

In an attempt to increase their income, many pharmaceutical companies are now opting to sell some of their stock to other international markets, where more money will be paid for a variety of medicine brands.

Speaking to the Algarve Resident this week, Dra Joana Cravo, owner of Farmácia Lagoa in Lagoa, believes that these parallel exports are leading to shortages in the supply of some medicine brands in Portugal.

But with chemists implementing serious cost-cutting measures, including rationing the available stock according to demand, medicine suppliers have been forced to diversify their markets to mitigate the effects of the Portuguese chemist crisis.

The Lagoa pharmacist, who has also joined the protest, explained that she has had to adjust stock to demand and this inevitably means that they will run out of some brands.

Dra Cravo has had to cut down on general business expenditure but “fortunately” hasn’t had to lay off staff. However, she says the situation is becoming unbearable and believes that the majority of the population “doesn’t truly understand what is at stake”. “We don’t want to see the price of medicines increase but would like to see alterations to the profit margins,” she said.

To demonstrate their discontent at the government measures, chemists joining the protest are now displaying black banners with the words ‘Farmácia de Luto’ and staff members wear a black ribbon to show that they are “in mourning”.

Informative leaflets handed out at participating chemists explain that access to medicines is seriously at risk and that more often than not nowadays, patients will be unable to purchase all the medicines they have been prescribed from the same chemists due to stock shortages.

Paulo Duarte of ANF said the protest will continue for another two weeks, however, no strike action is planned. “The government did not analyse the impact of the new pricing regime. Current margin levels are so low, it has become increasingly more difficult to cover the costs of running a chemist,” he said.

A petition has also been launched as part of the ‘Farmácia de Luto’ protest. It calls on the government and the President of the Republic to implement the necessary measures to ensure the sustainability of the sector, and so that the public can maintain access to essential medicines.

At the time of going to press, around 5,000 people had signed the ‘Farmácias de Luto’ petition.

Indebted and out of stock

A total of 457 pharmacies, out of the nearly 3,000 that exist in Portugal, are currently in court over debts to drug suppliers, with the global debt amounting to €235 million.

According to the Associação Nacional de Farmácias, 80% of pharmacies in Portugal are undergoing difficult times in the face of the new regime and 1,131 establishments have seen the supply of medicines suspended by suppliers because of debts.

Medicine shortages are also affecting other European countries such as Greece and some regions of Spain. However, in these countries pharmaceutical companies are reluctant to deliver drugs on credit to the healthcare system and public hospitals due to millions of euros owed by the State.
1″>news