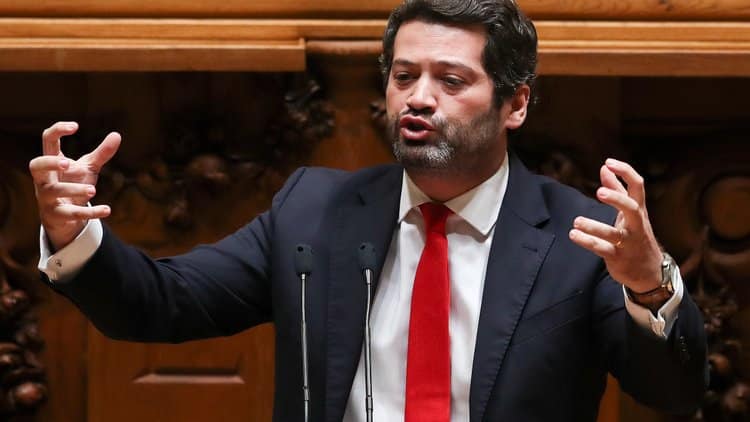 André Ventura, the MP for Chega, has ‘questioned the government on compensation paid to the family of murdered Ukrainian Ihor Homeniuk’ (click here).

His reasoning, explain reports, is that the Portuguese State “takes decades indemnifying the families of victims of crimes that have occurred in Portugal”.

In other words, why did it take comparatively ‘no time at all’ to compensate the family of a man beaten and left to die in agony at SEF’s headquarters in Lisbon airport?

Say reports, Chega “questioned the government on proceedings and timings of this case, demanding that the same treatment be given in relation to victims of crimes that have occurred in Portugal”.

“This is the truth”, said the national direction of the party in a statement: “We paid 800 thousand euros to the family of a Ukrainian citizen allegedly assassinated by SEF inspectors and just €150,000 to victims of the dramatic wildfires that occurred in Portugal in 2017”.

It IS the truth – and the stories of people deeply-wronged by the State and left hanging for so many years that they often die waiting for compensation are sadly commonplace (click here , here and here for just some relatively recent examples) . But it is also a political expediency at its most transparent.

In this ‘so called pivotal election year’ – in that the country will be holding council elections in the autumn (in which Chega is fielding candidates in every borough) – Chega will be doing its best to whip up ‘resentment among the electorate’ – and if the more established parties do not ‘watch out’, particularly as so many people have suffered painful consequences in the ‘combat of Covid-19’, Chega’s strategy may well succeed.

Eduardo Damâso, director of Sábado, has given a keen warning in a column today. Entitled ‘blind politics’ he explains how the government ‘locked down’ Odemira due to cases of Covid infection among immigrant workers in sprawling greenhouse explorations. The criteria for preventing cafés, restaurants and local commerce from operating was that ‘cases per head of population’ were much too high. But the data authorities are working on doesn’t take immigrant workers into account. Odemira’s current population ‘on paper’ is 26,000 when due to the greenhouse explorations, there are now more than 40,000 inhabitants in the borough.

Not content with shutting down businesses however, authorities have allowed the greenhouses to continue in operation.

Says Damâso: “We have to hope this mistake isn’t the start of an electoral radicalisation”.

Because if it is, there is a right wing populist party already beating the drum.