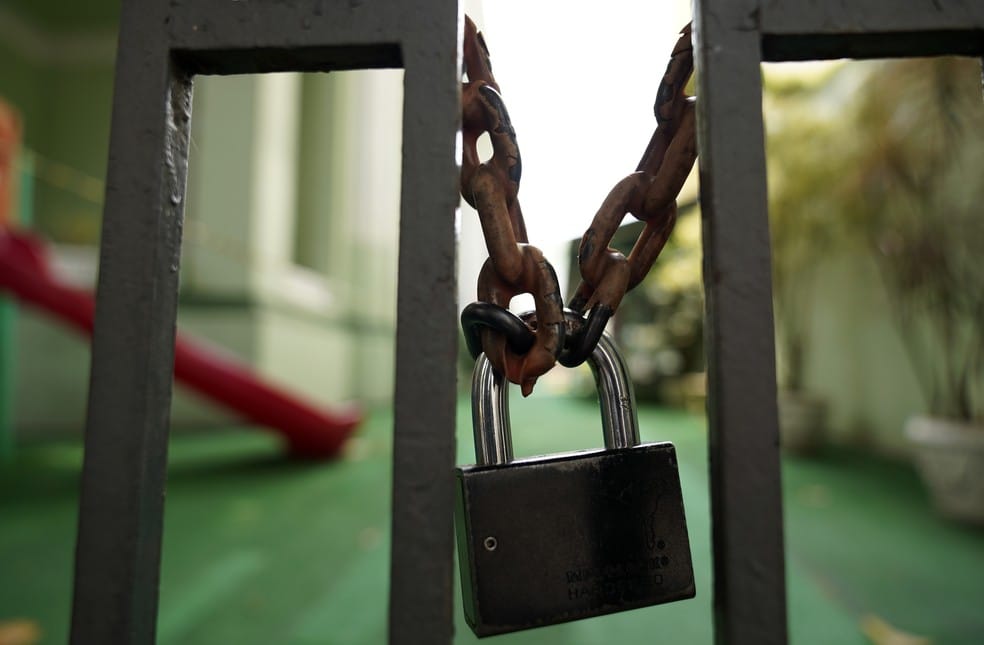 The new school year began in earnest yesterday with all kinds of hiccups along the way.

It hasn’t been a case of Covid-19 causing problems this time, but a teachers’ strike (that syndicate STOP claims many parents haven’t been told about) and localised problems, like ‘dangerous leaks’ and ‘lack of equipment’.

The worst ‘hiccup’ seems to have come in Évora where an entire false ceiling collapsed, leaving 800 pupils incapable of having classes at all.

All in all, it has been a fairly ‘typical return’ following the three month summer break.

STOP (standing for the syndicate of all teachers) is upset that its week-long strike has been thwarted by some schools substituting staff (with those prepared to work). Parents in some areas have been upset by the fact that after all the stress of getting their children ready for a new school year ‘without problems’, the first thing they ran into was a set of locked school gates…

In Coimbra, parents have held a protest over their childrens’ school’s safety issues (leaks continuing to be present over electrical circuit boards).

For now, the teachers’ strike (supported by non-teaching staff) is due to end on Wednesday.

Hopes are that a special regime can be created for teachers over the age of 60, with the right to “a worthwhile early retirement”.

STOP’s focus is on improving the lot of teachers who often find themselves placed in schools hundreds of miles from their homes – incurring huge transport and sometimes habitational costs. The syndicate is also keen to see class sizes reduced and better measures in place to combat indiscipline.

Meantime the 800 pupils of Évora’s Escola Secundária Severim de Faria are back home on their computers with remote learning for at least the next two weeks until their school premises can be suitably repaired.

The ceiling collapse appears to have resulted from a ‘fault’ in a boiler on the upper floor.

“When we arrived, the ceilings had collapsed and the common areas and spaces, like the refectory, classrooms and corridors, were flooded”, Joaquim Serra, vice-president of the school has explained.