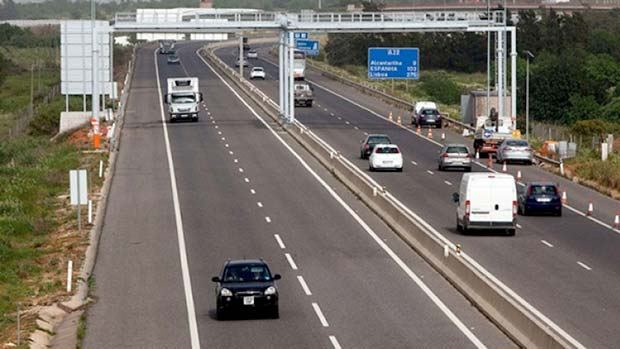 Cheaper motorway tolls are on the way – for the Algarve’s A22, the A28 that connects Porto to Caminha and for ‘the territories of the Interior’.

The announcement was made by Ana Abrunhosa, Minister for Territorial Cohesion, who revealed that work on the implementation of these so-called ‘discounts’ is at an advanced stage.

The revised charges will be published in the government’s newspaper Diário da República “very soon”.

Nothing was explained in subsequent media reports that these ‘discounts’ relate to roads that were built with EC money, and never envisaged to be tolled in the first place.

Anger at the government’s insistence to retain tolls – even after they were deemed illegal by the European Commission (click here) – has never faded, thus it is unclear how the ‘discounts’ will be received.

Certainly in the Algarve the feeling is that the A22 tolls should be abolished altogether.

In a debate in parliament last Friday, Algarve MP João Vasconcelos described them as “one of the worst crimes practised in the region” on a “social, economic and other levels”, particularly when it comes to the number of road accidents and deaths that have happened since the tolls were implemented due to an overload of traffic on secondary roads.

Said reports, Ana Abrunhosa has failed to commit herself to any dates for the implementation of these new charges, and she has also neglected to give any kind of information on the percentage cuts that the government is considering.

What Ms Abrunhosa did stress however was that this was “nothing to do with abolishing tolls”, more about encouraging people to use motorways on their ‘days off’.

“We would like very much that on ‘rest days’ the discounts might have some impact, benefitting frequent road users as well as those visiting the territory”, she said – adding that the government believes “the impacts of a small reduction are always significant”.