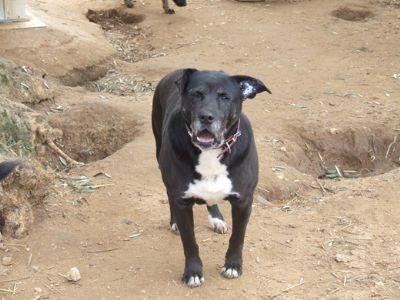 A leading animal rights organisation has claimed that the number of abandoned animals in the Algarve has increased dramatically, possibly due to the economic difficulties being faced by many families and individuals across the region.

Miguel Moutinho, president of ANIMAL, said that the number of strays could be as high as 8,000.

He told the Algarve Resident that although no scientific study has been conducted in Portugal, the organisation feels this is a conservative estimate after talking to “many volunteers at animal shelters”.

He said the figures had been reached by estimating there were 500 strays per town council in the Algarve, making a total of 8,000.

When the Algarve Resident contacted Lagoa Câmara, it could not confirm this was a true representation of the numbers of stray animals in its area.

Lagoa Câmara said that the Urban Hygiene section is responsible for overseeing the removal of stray animals from public areas and that a patrol vehicle makes an inspection, usually twice a month, of areas in the county known to be critically affected.

Bruno Gonçalves, who works in Urban Hygiene at Lagoa Câmara, said that the responsibility of the department is to collect and take stray animals to the municipal kennel, which is near the park at Fatacil. He said: “Some of the more critical areas in the municipality of Lagoa include Ferragudo and Parchal, particularly at the fishing docks.

“A visit is made usually every 15 days or so but sometimes more often depending on the urgency or on the number of calls we receive from residents in that area.”

In Lagoa, as with the other municipalities, the council vet in charge of the municipal kennel will have the ultimate decision on what happens when stray animals are brought in.

Dr Carlos Manuel da Costa, the veterinary surgeon responsible for the municipal kennel in Lagoa, told the Algarve Resident that the number of strays coming into his kennel was actually falling.

“We have five isolated units and have been full to capacity in the past, sometimes with two smaller dogs in one unit. Today (Monday), we have three dogs in our care,” he said.

He explained that he now receives more calls from dog owners than last year to administer anaesthesia at home in the case of a sick animal.

The Algarve Resident contacted other Câmaras, such as Tavira and Lagos, to talk about the problem of abandoned animals in the Algarve, but no one was available for comment at the time we went to press on Wednesday.