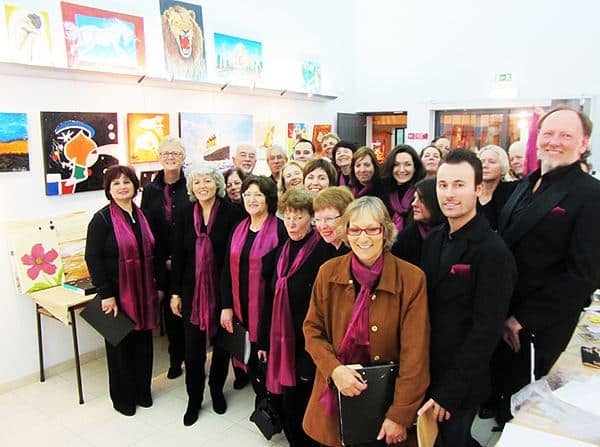 Ferragudo Church will offer the backdrop to a Christmas Concert for Charity performed by the Ideias do Levante Choir on December 15 at 5pm.

Organised by Ideias do Levante – Associação Cultural de Lagoa, in partnership with the Municipality of Lagoa and the Parish of Ferragudo, the concert is part of the traditional Ferragudo Christmas fair ‘Arte Nata’.

The choir was founded in 1996 and quickly became one of the highlights of the Association Ideias do Levante. Initially under the regency of maestro Ricardo Carvalho, it was not until January 1998, under the artistic direction of Prof José Carlos Bago d’Uva, that the group began work based on a new concept of choral singing pedagogy.

The choir has often been able to perform with several illustrious artists/groups (orchestras, choirs, jazz bands, pianists and soloist singers) and has been directed, since November 2003, by artistic director Prof Francisco Brazão.

The concert is recommended for adults and children over six years of age. The church seats around 200 people. There are no tickets or reservations, but each person attending the concert should donate a food item (preferably) to help the independent group “Mão Amiga” (Friendly Hand) develop their charity work by helping people in need.

More information about the association may be found at www.ideiasdolevante.net, or by phone through its secretary (282010080).