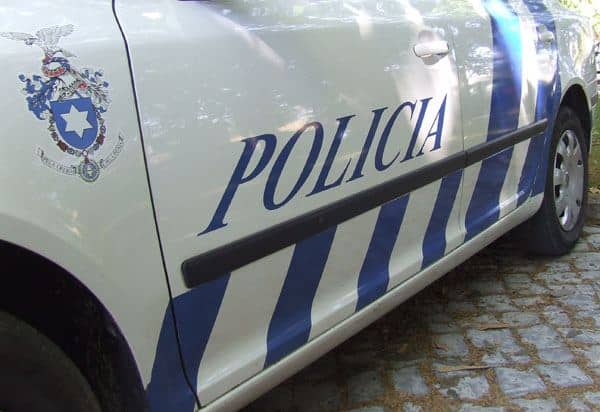 Chaotic scenes played out this morning in a touristic neighbourhood of Figueira da Foz when a masked man burst into an ice-cream parlour and began attacking the cash register with a hammer and ‘katana’.

According to reports, the man ‘said nothing’. He simply started destroyed the cash machine, escaping with €200 in cash.

The business’ proprietress Maria João Nogueira even tried confronting the man, said to be aged between 30 – 40, saying afterwards that she only realised in retrospect that he could have cut her throat.

One of the staff Fabiana Neves thought she recognised the attacker even though he was ‘disguised’ with a beanie, scarf over his face, and wearing what looked like soldering glasses.

As he made off down the street, staff called 112 and a shopkeeper attempted to stop the raider with a chair.

Eventually, two PSP agents apprehended the man as he tried to get into a vehicle.

According to reports, he was still in possession of the money stolen from the Emanha ice cream parlour, which has totalled damages to the premises at around €3,000.

Fabiana Neves explained after the drama that the man had been in the shop only the day before “trying to sell an access ramp”.

Being told it wasn’t wanted, he went to the café next door, where the owner also said he wasn’t interested.

“The man started shouting and said he would kill (the owner). He tried to hit him with a stick and the (owner) called the police.

“I am convinced that he came back today to get his own back, but because the café was closed, he ended up coming in here…” she said

Local newspaper Diário as Beiras reports that the man is a resident of the borough.