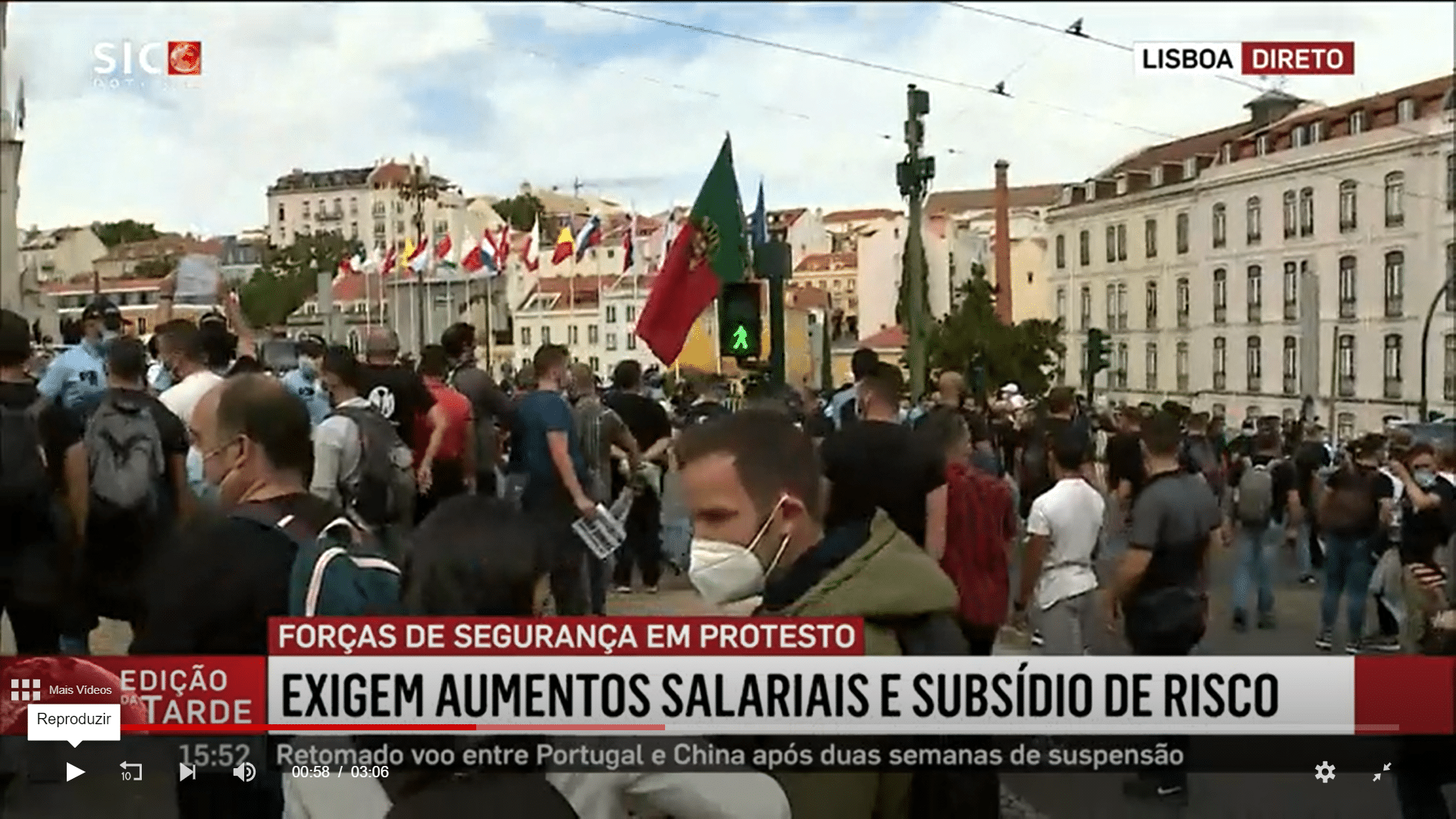 There was chaos in central Lisbon today as hundreds of police staged a meandering protest, doubling back on itself midway to the Ministry of Interior Administration from parliament, causing heightened traffic disruption.

The demo was organised by Movimento Zero, the inorganic ‘anonymous’ movement involving PSP and GNR agents that has been described as linked to the ‘extreme right’.

The label appears more expedient than connected to any reality. Says Expresso, the people its journalists managed to interview said they were not aware of any extreme right bias “but everything out of the ordinary” (these days) has been dubbed ‘extreme right’.

The mood obviously was one of antipathy. In the wider context, demonstrators were calling for better pay and recognition of the risks associated with the job. “We are not a superfluous expense” read one placard.

But in another sense there was a lot of chanting and demands for ‘the dismissal of interior minister Eduardo Cabrita’ who seems to have become the scapegoat for everything that demonstrators believe is wrong with the system and its powermakers.

Said one of the many in the crowd: “The government must listen to us. There are urgent measures that have to be implemented…”

The choice of day for this protest was made in commemoration of a demo staged 32 years ago, that pitted police against police. On that occasion water cannons were used against PSP agents. As SIC television news stresses, “this time there wasn’t anything like that level of tension”. But it is nonetheless ‘unusual’ and far from ideal to see police defending parliament from fellow officers.