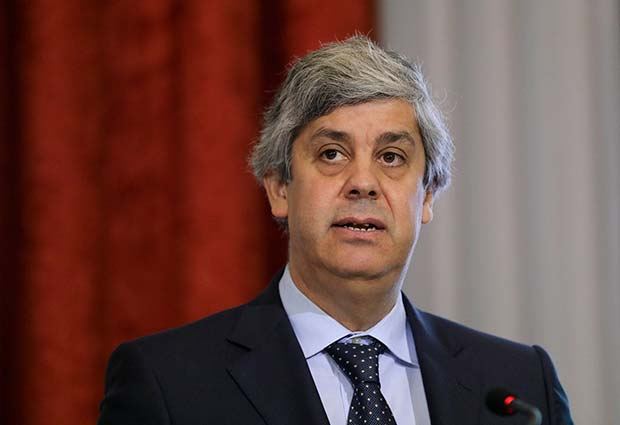 The writing has been on the wall since Finland managed to wriggle out of what its national press derided as “a tax holiday provided to pensioners resident in Portugal”.

Sweden too has been vociferous in its disgust for Portugal’s non-habitual residents tax regime (NHR) – the 10-year tax amnesty on pensions’ income which has attracted millions of euros in foreign investment since its introduction in 2009.

Last year, finance minister Mário Centeno agreed that he had “some comprehension” of Sweden’s frustration – bearing in mind his counterpart there was fuming – but there was no indication that he would be doing anything about it any time soon.

Now, however, all this has changed.

Talking in Tallinn, Estonia, during ‘informal talks of Europe’s finance ministers’, Centeno revealed that not only was the nitty-gritty of NHR “under analysis”, alterations were likely to come into effect as early as next year.

These alterations will see the “introduction of a minimum IRS (income) tax for foreign retirees”, so that Portugal can have a “good fiscal relationship with other European countries”.

As to how much Centeno considers a minimum IRS tax is the big question.

Jornal de Negócios has suggested anything between 5% and 10%.

Centeno refused to be drawn, but a final comment rather gave the game away.

He is quoted as having concluded with: “The idea is that it (the tax payable) does not vary from country to country.”

For foreigners thinking of investing in Portugal and lured by the prospect of saving a decade of hefty pension tax payments, this may come as something of a setback – but experts have been quick to defuse the situation, stressing that all those already in Portugal and enjoying tax exemptions will almost certainly be unaffected.

It is essentially simply another case of a government moving the goalposts – in this case not so much for its own ends as for the sake of a ‘quiet life’ with European partners.

Up until now, international tax advice experts PriceWaterhouseCoopers have been describing Portugal’s NHR as “Europe’s best kept secret”. But like so many tax ‘secrets’ before it, it was never really destined for immortality.

Financial advisors are quick to agree, “tax laws do change … usually for the worse”.

And, in this particular case, the change has possibly been ‘won’ with the help of a large carrot: finance minister Mário Centeno – not so long ago lampooned by the media for presenting accounts that did not add up – is suddenly being hailed as a new financial hero bound for Eurogroup glory.

Following endorsement by Germany’s finance minister Wolfgang Schauble as the “(Cristiano) Ronaldo of Ecofin” (the group of eurozone finance ministers), it is now clear that Centeno is aiming to become the next president of the Eurogroup at a critical time in its history.

Satisfying European partners miffed over the easy ride offered by NHR to fleeing pensioners is clearly one of little luxuries Portugal will have to relinquish in order to make sure he gets there.

Tax experts say: “There is no reason for alarm”

Only too used to the fluid nature of tax laws, experts and advisors are sanguine.

Said Gavin Scott of Blevins Franks: “NHR has been very good for Portugal, and especially for the Algarve, attracting large numbers of foreign residents who, whilst not paying tax here on their pensions, make a very positive contribution to the economy. There has been no indication that the possible changes will have a retrospective effect on taxation or that they may be applied to NHR residents who adhered to the scheme prior to the envisaged changes. Tax laws do change, wherever we are, and usually for the worse. Even if a tax of 5% or 10% were applied to pension income, this would still be a very attractive proposition.”

Algarve-based lawyer Pedro Rosado who lectures on tax law at the University of the Algarve is equally optimistic.

“Nothing is certain yet and it is highly unlikely that the government will take punitive measures on foreigners who have invested here and moved to Portugal as NHR residents so far,” he said.

“We should know what will happen after October 15 when the state budget for next year is presented, but we expect nothing worse than a low and still highly beneficial IRS rate being applied to the pensions of new applicants for NHR. And it may even solve potential problems with countries where Double Taxation Treaties require that there is some effective taxation from the country of residence (Portugal) in order to avoid double taxation from the origin/source country on private pension income.

“This tax regime has been very beneficial to Portugal in terms of overall tax revenue,” Rosado concluded. “It would be most foolish for the government to kill the goose that laid the golden egg.”

APEMIP, the Portuguese association of estate agents, displayed a much more ‘knee-jerk reaction’, saying talk of alterations to NHR was “a crass error” and “absurd”.

President Luís Lima ridiculed the premise that Portugal was bending “because other countries are dissatisfied”, saying NHR has been a “fabulous programme” with an “incredibly positive impact” on both the economy and the real estate sector.

Lima was described as appealing to the government “not to alter” NHR, saying to do so will be “giving the completely wrong signs to investors”.

CPCI, the Portuguese construction and real estate confederation, was equally scathing. In a statement sent out to the nation’s media, president Manuel Reis Campos said: “We have not yet managed to resolve the problems caused by errors committed in the Golden Visa programme – where we have lost European dominance, to be overtaken by countries like Spain and Cyprus – and now we are repeating a recipe that has revealed itself to be disastrous.”