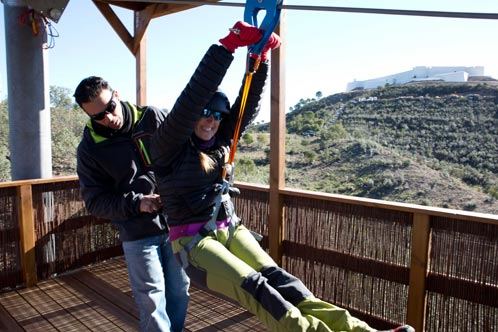 In a bold move to encourage the public to support the event, tickets will cost a mere €15 with concessions for women and children under 16 of €10. With plenty of free parking and a souvenir programme in English costing just €1, this is the perfect opportunity to see the Algarve’s only Premier League team take on one of Europe’s top sides.

Both teams have four points from two games with Porto having a comfortable 4-0 home win over V.Guimarães, last weekend, thanks to goals from Lucho (2), Hulk and Jackson.

Olhanense, now on a six game unbeaten run, last lost way back in early April. Last season they drew at home with Porto when Fabiano Freitas made a spectacular penalty save from Hulk.

For their trip to Coimbra, to take on Académica last Friday, centre-half Mauricio replaced Nuno Reis who dropped to the bench. The Algarveans made a nervous start and the home side should have taken the lead on six minutes when Edinho was put through by Marinho.

With only Ricardo to beat he completely missed his footing and the opportunity had gone. Minutes later Marinho brought a good save from Ricardo as the home side dominated. As the first-half progressed, Olhanense gradually clawed their way back into the game but their inability to retain possession will be of concern to manager Sérgio Conceição.  Académica took the lead on fifty-three minutes when Edinho turned home a Marinho cross.

Former Benfica full-back Luis Felipe gave the lively Edinho too much room and the visitors paid the price. David Silva replaced Abdi and the former Kilmarnock player levelled the score fifteen minutes later. Skipper Rui Duarte fed the ball to Fernando Alexandre and his deft lob into the path of David Silva was slotted home off the post.

With five minutes remaining the visitors nearly snatched all three points. Rui Duarte whipped in a cross which found the head of Targino but the home keeper saved well. Four points from the opening two games puts Olhanense level on points with Benfica, Porto, Braga and newly promoted Moreirense. Shock of the weekend was the home defeat of Sporting Lisbon by Rio Ave.

Tickets for the game with FC Porto can be purchased from the José Arcanjo Stadium, Olhão (behind McDonalds on the EN125) until midday on Saturday or from Garvetur offices in Portimão, Loulé, Tavira, São Brás, Quarteira, Albufeira, Monte Gordon and Vila Real de Santo António. Tickets will also be available prior to the match at the Algarve Stadium. All socio-members MUST obtain a ticket, even if they have paid for the full season, from the club offices at the José Arcanjo Stadium, Olhão before midday on Saturday.