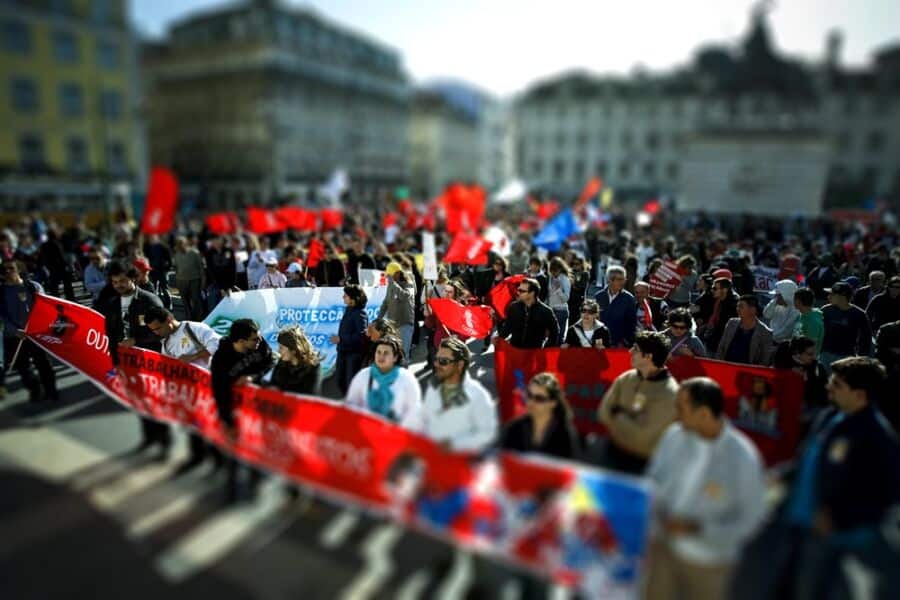 CGTP, the confederation of Portuguese unions, has called for urgent action to halt the loss of purchasing power of workers and families, stressing certain companies are making gigantic profits in spite of the so-called economic downturn. “In banking, large-scale distribution, electricity, fuel and other forms of energy, in industry and in services, the net profits of large companies far exceeded two billion euros in the first six months of the year,” says the confederation, stressing this has all gone on with the connivance of the government and political parties. “The current situation requires immediate measures” –  a rise in the national minimum wage to €800 “with immediate effect”; an extraordinary increase in pensions to restore purchasing power and social benefits; price caps on essential goods and services and the application of a windfall tax on the “colossal” profits of large companies.