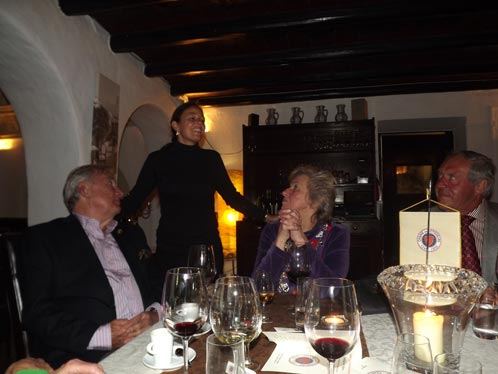 One might think that a CFC is a dangerous carcinogenic substance found in toxic waste dump sites. In fact, CFC stands for Controlled Foreign Company (or Corporation, depending on your origin in the English-speaking world).

In plain English, these companies are often referred to as offshore companies, domiciled in low or no-tax jurisdictions. Over the years, they have been used to avoid many common forms of taxation.

In Portugal, they are also called offshore companies (both white and blacklisted) and have most often been used to hold Portuguese real estate at arm’s length from the Revenue for many years.

In recent years, CFCs have come under increasing scrutiny via new legislation in Portugal and beyond: taxpayers must now include in their income amounts earned by foreign entities they control directly or indirectly.

A set of rules generally defines the types of owners and entities affected, the types of income or investments subject to current inclusion, exceptions to inclusion, and means of preventing double inclusion of the same income.

As part of ongoing efforts to control transactions and business carried out between Portuguese residents and entities which are resident in low-tax and no-tax jurisdictions, a number of provisions have introduced into the Portuguese Corporate Income and Individual Income Tax: Articles 57-A and 57-B of the CIRC, as well as Article 19(3)(4) of the CIRS. If you are non-resident with a CFC, you are equally – if not more – vulnerable in your home jurisdiction.

To better understand this latest endangered species of the financial world, let us examine the various components that comprise a CFC to understand what acceptable alternatives exist.

Controlled by hidden beneficial owners in another guise, these companies often create a facade and protect from what otherwise would be full assessment. One common structure is to have an underlying trust hold a series of companies, like an octopus and its tentacles. Since it would be impossible to attack the concept of trusts as a whole, it is the CFCs that become vulnerable.

They differ from “Independent” Companies that have been set up for normal commercial, industrial or agricultural business activities and do not exist merely for “grey” fiscal purposes.

No government likes to lose effective sovereignty, especially when it means losing most taxation rights. It is far easier to control domestic entities than ones governed by the laws – or the lack thereof – of another country. Beyond this sovereignty issue, another obvious problem arises with “unfair” tax competition from offshore jurisdiction in the difficulty in arriving at a clear definition of “unfair” or a definitive “black list” that does not turn out to be in constant flux.

As stated above, companies do the dirty work in holding assets and make life much easier for both trustees and beneficial owners. However, the Revenue has learned that a concerted attack on the “control” and the “foreign” elements can bring the whole structure to its knees.

Do you own a CFC?

If you own your home through a Delaware, Maltese or another offshore company, the answer is probably YES. Although a much simpler version of the complex structures used by multinationals to launder profits, the key elements are present that make these “white-listed” companies vulnerable to the new legislation.

A Portuguese Nominee Company is the best solution for those stuck with asset-holding structures based offshore. Combining tax efficiency, low cost and simplicity, this type of non-trading company embraces many of the advantages that property buyers once sought in offshore property companies, yet achieves these objectives in a compliant, mainstream fashion squarely under the Portuguese “umbrella”. They are fully compliant and are not subject to any of the punitive laws that have made offshore property companies a pariah: no deemed income assessment, no 7.5% rates bill. In fact, the simplicity of this form of company makes this structure easy and inexpensive to run.

Dennis Swing Greene is Chairman of the Board and International Fiscal Consultant for euroFINESCO s.a.