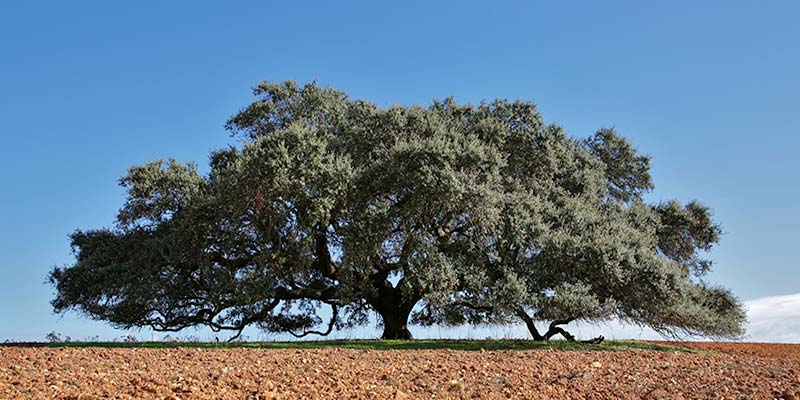 A 150-year-old holm oak tree from Mértola in the Alentejo won third place in the 2019 ‘European Tree of the Year’ competition.

The impressive ‘azinheira’ received 32,630 votes on an online poll held in February, the third highest number behind an almond tree in Hungary (45,132) and an oak tree in Russia (39,538).

Duarte Mira from the confederation of Portuguese farmers (CAP) told Público newspaper that it is “extremely important to receive these awards” as they are an acknowledgement that “our forests are treated well”.

He added that the fact that such an old tree secured a spot in the podium “proves that native trees survive generation after generation and are capable of receiving European acknowledgement”.

The tree is located around seven kilometres from the small village of Alcaria Ruiva in Mértola and is famous for the large shadow that it casts due to its huge tree top, which during the scorching summer days in the Alentejo can provide locals with some much-needed protection from the sun.

According to the competition’s website, the “holm oak is a very resilient tree, part of a unique Mediterranean production system – the “Montado”, that sustains the economy of fragile territories and contributes to biodiversity and rural development”.

It adds: “The best way to understand the magnificence of the Secular Holm Oak is by its large shadow. Sitting under the tree canopy makes the scorching heat in Alentejo summer almost bearable, allowing us to contemplate the vastness of the surrounding plains, breathing its peace and quietness.”

The tree is beloved by the local community, says Mértola mayor Jorge Rosa. “It is special due to its age and because it developed in an extraordinary way,” he told Público.