Portugal Resident
Home Community Celebrating our past, looking to our future – 1921-2021 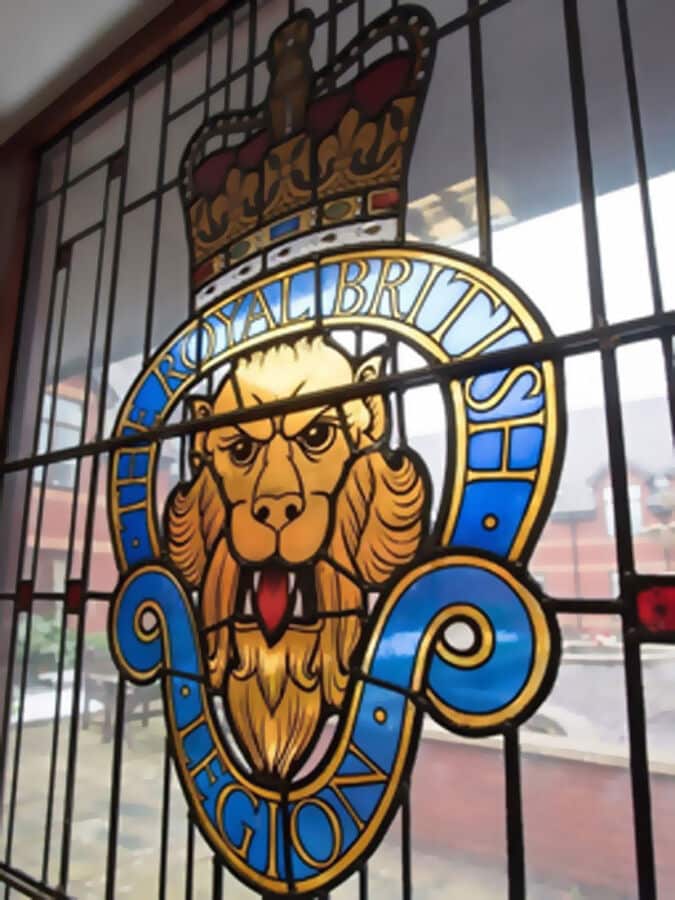 The British Legion was formed on May 15, 1921 by the merger of four veterans’ associations that had established themselves after the First World War.

The aims were to help veterans and their families in need; to campaign authorities for improved conditions and to champion Remembrance to honour the fallen. The amalgamation of these associations can be largely attributed to two men – Field Marshal The Earl Haig and Tom Lister of the Federation of Discharged and Demobilised Sailors and Soldiers.

The Women’s Section was established in September 1921. The same year Legion President Earl Haig announced that November 11 would be Remembrance Day and that the Poppy would be the symbol of Remembrance.

The first Poppy Appeal raised £106,000 (£5.21 million in today’s money). Seventy branches were established across the United Kingdom. In 1922, the Legion’s Poppy factory opened in the Old Kent Road, London where 40 disabled men manufactured 1,000 poppies a week. The first Festival of Remembrance was held at the Royal Albert Hall in 1927, with the first Field of Remembrance appearing on the lawns outside Westminster Abbey a year later.

Since its formation in 1921, the British Legion has witnessed many changes. In 1961, women were admitted to the National Executive for the first time. In 1969, Denis Cadman became the first man who served in the Second World War to lead the Legion. In 1971, the Queen, as Patron, honoured the Legion by creating the Royal British Legion. In 2011, Poppyscotland merged with TRBL to form the largest charity supporting the Armed Forces community across the UK.

The Legion provides medical treatment, respite care and convalescent facilities at its homes across the country.

Looking back over 100 years, the Legion has played a major part in the life of the Armed Services. In the 1940s, it successfully lobbied the government for the passing of the Disabled Persons and War Pensions Acts.

In 1971, to mark the 50th anniversary, a rededication ceremony took place at Westminster Abbey with 4,000 members and guests who subsequently attended a garden party at Buckingham Palace. 1995 marked the 50th anniversary of V.E. Day and saw a parade of RBL standards in London. In the same year, the Legion successfully campaigned to reintroduce the Two Minute Silence at 11am on November 11.

In May 2001, the National Memorial Arboretum, part of the RBL’s family of charities, was officially opened to the public. In 2002, Her Majesty the Queen unveiled the Commonwealth Memorial Gates in London to commemorate the five million men and women from the Indian subcontinent, Africa and the Caribbean who fought alongside the British Armed Forces in the two World Wars.

In 2007, The Queen unveiled the Armed Forces Memorial at the National Memorial Arboretum in Staffordshire. D-Day 75 was marked by a service of thanksgiving on the beaches of Normandy attended by 255 veterans, their carers and support staff having cruised to France on board “MV Boudicca”.

Due to the Covid-19 pandemic, a socially-distanced ceremony was held at the National Memorial Arboretum to commemorate VJ Day 75 attended by veterans, and representatives from the 14th Army, the Gurkhas and prisoners of the Japanese.

Today, the Royal British Legion is represented by more than 220,000 members spread over 2,580-plus branches in the UK and overseas. It continues to champion Remembrance, the interests and welfare of the Armed Forces community. In recognition of the dedication and effort of the members, volunteers and staff, a special membership Centenary Awards Scheme is being launched.

An informal British Old Comrades Association was formed in Lisbon in 1920 mainly through the efforts of Lt. Col. G.W.Y. Pope MC. Each year a small committee was convened to arrange a Remembrance Service at St. George’s Church. At that time, there existed the Federação Mundial dos Antigos Combatentes representing 11 countries. The President of the Ladies Section would lay a wreath at the Cenotaph in Lisbon and another at the War Memorial to the Unknown Soldier in Alcobaça.

During WWII, Armistice Day was commemorated annually with church services. In 1944, with the end of the war in sight, Lisbon branch saw many fundraising activities – lunches, dinners, evening parties, bridge drives, violin recitals, cinema shows and amateur dramatic performances. In the years between 1949 and 1956, a key event was the Autumn Ball held at the official Residence of the British Ambassador. Each year, Poppy Day dances were enjoyed at the British Club, now the Royal British Club, an association still going strong today.

Until 1954, there were no overseas branches of the Legion outside of the British Colonies and Commonwealth.

It was due to the initiative of the Military Attaché at the British Embassy in Lisbon, Lt. Col. N.M.G. Leslie, that Portugal Branch was founded. He hosted a cocktail party on July 27, 1956 and those who attended and signed up on the spot may be regarded as the founder members. In all, 11 retired officers and men signed up and thus Portugal and Atlantic Islands Branch was born.

The annual subscription was set at 20 Escudos, equivalent to 5 shillings at the time and now worth twelve and a half pence. How times change! Since the Branch was founded more than 50 years ago, we have recently been granted permission to obtain a Golden Anniversary Pennant, which is to be attached to the Branch Standard.

In September 1975, Col. J.W.G. Bowden represented the Branch at a formal dinner at the Liga dos Combatentes, the Portugal equivalent of the RBL, to celebrate their 50th anniversary – a friendship which continues to this day.

Indeed, a wreath is laid on behalf of the RBL at Tavira every year to honour the Portuguese dead. Annually, the branch is represented at wreath-laying ceremonies at ‘Batalha’ and for the WWI “Battle of La Lys”, where the Portuguese forces strongly defended their position but were, eventually, overrun by the Germans.

Portugal Branch is also represented at a Remembrance Service for seven German airmen who crashed into the cliffs above Aljezur.

In 2015, we were fortunate to be able to welcome Sandy Johnson, a resident of the Royal Hospital Chelsea, to our Remembrance Service at St Luke’s Anglican Church in the Algarve.

Sandy was warmly received, and Portugal Branch was honoured to receive such a prestigious guest.

Welfare plays an important part in the life of the Branch. Portugal is a popular retirement destination, particularly for British expats, which brings its own problems. The Branch reserves a certain amount of the annual Poppy Appeal to finance support for members in need. This support, under the guidance of HO, may include buying clothing or white goods, repatriation and, on occasion, providing air fares for relatives to attend funerals. We are fortunate in having an experienced Welfare Co-Ordinator, Peter Wilkinson, and a dedicated team of caseworkers who provide this support. Volunteers, for the role of caseworker, are always welcome.

A decade after the end of WWI, the British Legion, as it was then known, organised a visit to the Menin Gate and the battlefields of the Somme for veterans and war widows. Exactly 90 years later, thousands of Legion representatives recreated the 1928 Battlefields Pilgrimage. Their aim was to express gratitude to the World War I generation, which served, sacrificed themselves and believed such a conflagration would never happen again.

We intend that the branch will continue as strong and as enthusiastic as ever. We are fortunate in gaining “new” blood and carrying on with upholding the work and principles of the Royal British Legion well into the future.

For as long as British forces are deployed across the world, in theatres of conflict or in peacekeeping roles, the Royal British Legion will be there to provide support.

Since its inception, social events, usually raising money for the Poppy Appeal, have played an important part in the life of the Branch, some of which continue to this day. These have included bowls and golf competitions, dinner dances and balls, lunches, picnics and barbeques.

Special events have included an anniversary lunch for the centenary of the RAF; a flower festival in Madeira to celebrate the Queen’s Diamond Jubilee, attending the ‘Better Living in Portugal’ Expo and coffee mornings to launch the annual Poppy Appeal.

Individuals have also played their part. One member, Dougal Gow, cycling 738 kms, from Chaves to Faro; a ‘daredevil’ tandem skydive by a friend of the Branch, Shirley Blackman, who also helped organise the Eastern Algarve lunches. Finally, Jacquie Kennard, in the Lisbon area, for making and selling her much sought-after marmalade and donating her profits to RBL Funds.

Even though 2020 saw Portugal, along with most of the rest of the world, in lockdown due to the Covid pandemic, socially-distanced services were still possible. Once conditions allow and life can return to some sort of normality, events will be held to celebrate the centenary – dinner dances, balls, Burns nights, concerts and, of course, lunches.

Details of these and other matters can be found on the Branch website: 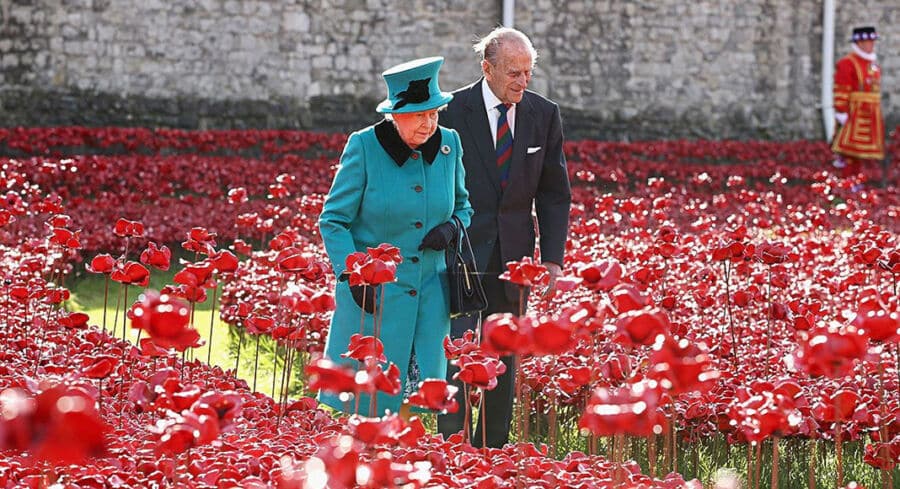 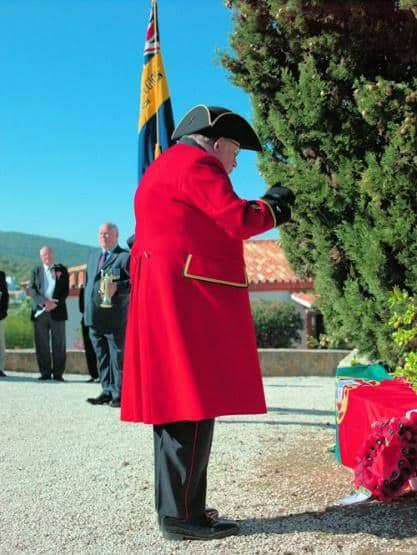