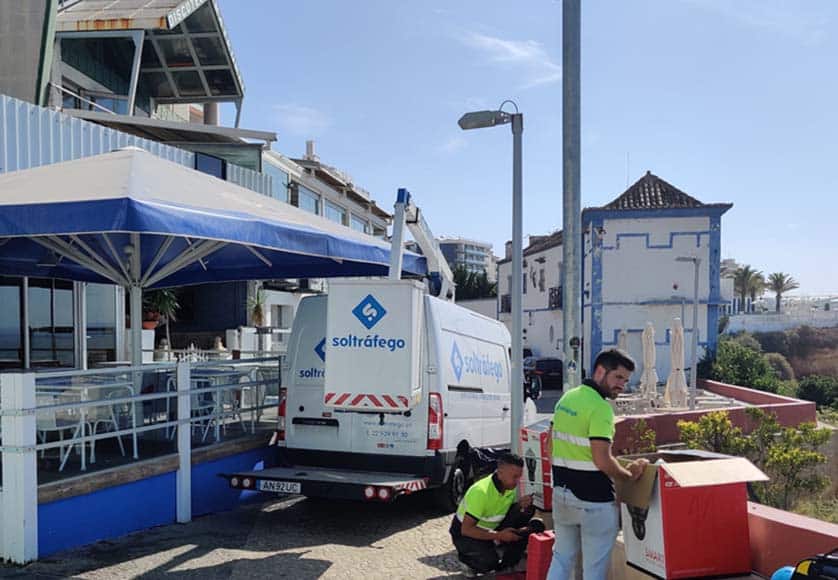 Cameras should start working in October

Thirty-six CCTV cameras are being installed in various areas of Portimão and Praia da Rocha.

The development follows various incidents that have taken place over the years in the ‘bar areas’, and follows a study undertaken by PSP police.

The cameras will be sited over the footpaths on the clifftops and along the ‘strip’ – running from the Rotunda da Fonte and leading to Avenida Tomás Cabreira.

According to the ‘protocol’ defined, the municipality will be responsible for the new  cameras, and for the “acquisition of equipment”.

Talking to journalists, mayoress Isilda Gomes has confirmed that “depending on the analysis of PSP and the GNR, the possibility of extending the system to the commercial zone is being evaluated”.

Access to images collected will be confined to PSP police, and there are strict rules in place to safeguard privacy. For example, the system has a form of ‘masking’ to make it impossible for cameras to film anything going on inside people’s homes.

The system is costing the municipality just under €564,000 – the sum includes maintenance and training costs.

But it won’t be ready before October.

Asked whether the new cameras will increase the feeling of safety in the areas affected, Ms Gomes said: “We are already a safe destination, and want to continue to be one”.

The official press release on the installation of these new cameras describes an underground network of fibre-optic cabling that has been developed by the municipality over the last few years.

“Right now there is around 50 km of fibre-optics spread through the municipality which represents an exclusive investment of around €275,000.

“The project began in 2018, with connections to municipal buildings, advancing to schools in Portimão in 2021 which are now interconnected, and to gardens and public spaces of this parish”.

This latest phase involving CCTV cameras has involved the added investment of “almost €300,000” . The overall plan is to extend the system to cover the parishes of Portimão, Alvor and Mexilhoeira Grande.