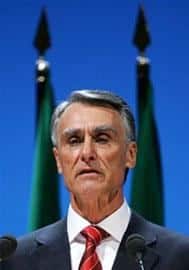 President, Cavaco Silva has said he is against the Iraqi Supreme Court’s decision to condemn the former President, Saddam Hussein, to death.

“Everyone knows the crimes and atrocities carried out by the dictator and it was only just that he should be brought to justice by the new Iraqi authorities for his crimes against humanity,” said Cavaco Silva, adding that Portugal was “against the death penalty.”