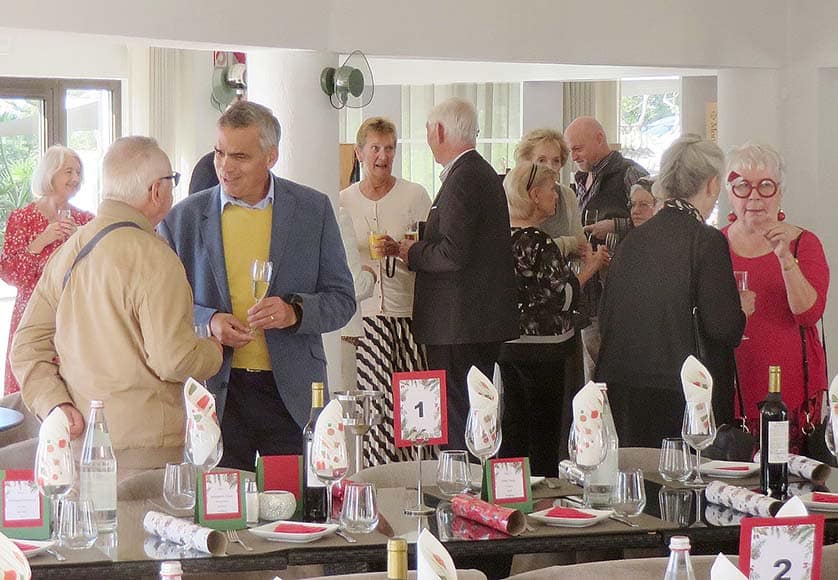 CASA Social Club’s final event of 2022 was held a little earlier than usual on December 2. Forty-three members, including guests, attended a Christmas lunch at the Thyme by Ruccula restaurant, within the Alto Golf resort in Alvor.

Said a CASA spokesperson: “This is a lovely location for a Christmas party, with plenty of space to socialise during the arrival process, which we made good use of prior to the pulling of Christmas crackers and the donning of traditional paper hats!

“The meal was excellent and much enjoyed; the traditional roast turkey followed by Christmas pudding was the most popular choice, but the ‘supporting cast’ of roast beef and sea bass were also very much appreciated.

“Claudia and her staff provided superb service throughout the lunch, so much so that we included them in the distribution of Christmas presents during the coffee service. The only thing missing from our day was Father Christmas himself, hopefully next year he will be available to join us in the celebrations.”

The next event will be the traditional ‘After Hangover Dinner’, which will be held at Big Red’s Steakhouse in Alvor.

Full details of all planned events at www.casasocial.club