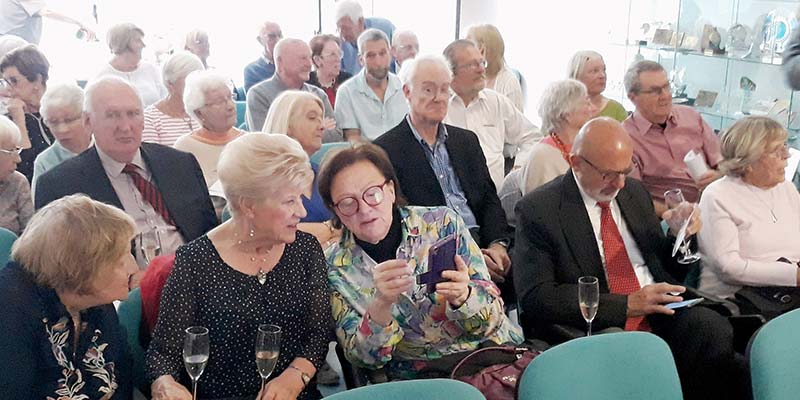 CASA Social Club held its AGM on Saturday, March 16 at the Clube Naval de Portimão, during which members heard a summary of what the club had been doing over the previous year and discussed plans for the future. They also voted on the make-up of the committee.

A total of 48 members turned up in time to enjoy a glass of sparkling wine before the meeting commenced. They listened to the chairman’s report for the previous 12 months’ activities followed by the treasurer’s report about the club itself (membership is up again this year) and its finances (healthy), then the auditors’ formal confirmation of those accounts.

The chairman then outlined this year’s planned autumn coach trip to the Cadiz area, which generated a lot of interest and is since “filling up quickly”. The standing six-person committee was unanimously re-elected and with the conclusion of these proceedings, members adjourned to Restaurante do Cais on the first floor to enjoy a three-course dinner.

The next event will be a lunch at the Tokyo Restaurant in Praia De Rocha on Saturday, April 13.

For full details of planned events, all of which are open to non-members, contact Margaret Brito: