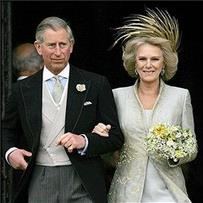 MUSLIMS THROUGHOUT the world have reacted angrily to the publication of anti-Islamic cartoons, first published in the Danish press and then reprinted by certain other European newspapers.

At least 12 people have been killed in Afghanistan in demonstrations against the cartoons, allegedly satirising the Prophet Muhammad. Rallies also took place in Iran, Thailand, Indonesia, India and Gaza. These followed attacks on Danish embassies in Syria and Lebanon and a provocative demonstration in London in which light-handed police tactics were criticised.

The cartoons in question were clearly insulting to Muslims and a decent editor would have refrained from publishing them. But, much of what appears in our newspapers is highly offensive to one group or another. Indeed, the British press – to take but one example – must have offended just about every person with a modicum of sensitivity through its voyeurism and obsession with sex and vacuous celebrity. Sometimes campaigns have been political – in the 1980s, English tabloids unleashed vicious campaigns against opponents of the Thatcher government. They were brutally effective and the epithet “loony” became forever associated with those on the left.

The list of offended readers is legion. Sporting contests against our German brethren have been billed as re-runs of World War Two. Women are degraded on a daily basis in our media, treated as mere objects for male titillation. Many genuine asylum seekers will be indelibly tarred with the brush of being “bogus”, as the tabloids so frequently refer to them. I could cite innumerable other examples.

So let us not pretend that anything is too sacred to be ridiculed. For example, institutions such as the British monarchy, once viewed as inviolable and sacrosanct, have been pilloried. This may or may not be a retrograde development, but it is a reflection of today’s society in which deference, in all its forms, is declining.

The media should endeavour to avoid causing gratuitous offence. But the point is that to make such a plea is largely futile. When choosing between a salacious, sensational, circulation-boosting story, on the one hand, and restrained discretion on the other, many newspapers opt for the former.

Television is even more irreverent, especially in its satire of religion. Films such as Monty Python’s Life of Brian, television series such as Father Ted, The Vicar of Dibley and comedians such as the late Dave Allen have all lampooned Christianity mercilessly. So Islam has not been singled out for special criticism. Some people may say that Judaism enjoys special status in the west. True, laws are in place to outlaw Holocaust denial and there is a reluctance to lampoon Jews in general. But this is offset by much of the Middle Eastern press that is rabidly anti-Semitic, depicting Israeli leaders as Nazis and alleging international Jewish conspiracies. Last week, Iran’s best-selling newspaper invited its readers to send in cartoons about the Holocaust. I find this thoroughly objectionable, but I would not burn down the Iranian embassy in retaliation!

The cartoons do not justify what we witnessed in London – protestors threatening a repeat of the July 7 bombings and carrying placards with messages such as “Death to Free Speech” and “Death to the UK”. The protestors may not be representative of the wider Muslim community, but they cannot be allowed to make such threats with impunity. Those guilty of inciting violence should have been arrested. Yet, the police, perhaps fearful of inflaming the situation further, failed to intervene.

No subject is beyond the realm of discussion and no aspect of religion – Jewish, Christian or Islamic – should be immune from criticism. We cannot shy away from controversial issues. Neither can we impose censorship on ourselves for fear of provoking incidents like that of Salman Rushdie, whose novel The Satanic Verses culminated in the fatwa (legal pronouncement) by the late Iranian leader, Ayatollah Khomeini. After all, the Nazis burned books and that should provide us with an invaluable lesson from history. Freedom of speech and expression must be preserved.