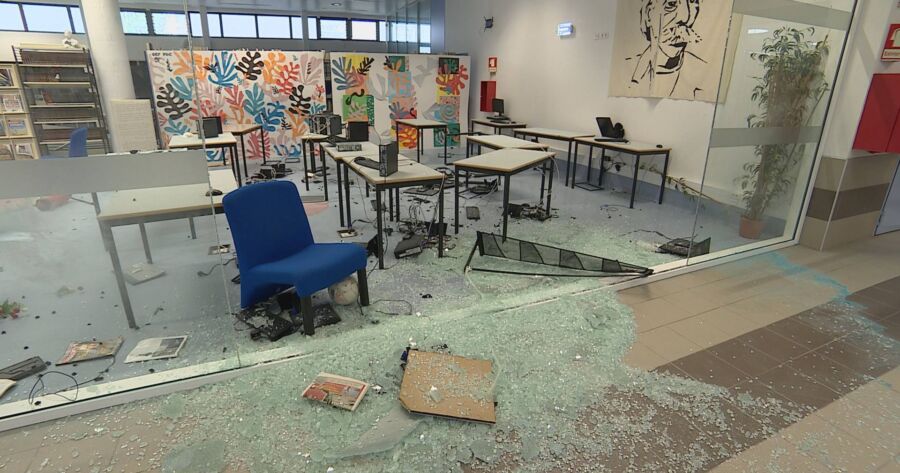 Two teenage boys have ‘assumed responsibility’ for the brutal vandalism carried out at Camilo Castelo Branco secondary school in the early hours of last Monday. The building was ‘trashed’ from top to bottom; not even the toilet bowls were left entact. The boys, both pupils at the school, handed themselves in to the local police station in the company of their parents, say reports. They have been allowed home ‘under the care of their parents’ until a hearing in the Family and Minors Court after Christmas. It is still unclear why the boys did what they did. PSP police are said to ‘suspect’ there was a 3rd pupil involved. Authorities therefore continue investigating. Total damage meantime has been totted up at around €150,000. The school staff, parents and teachers, have all been involved in clearing up the mess, so that classes can start on time in January.