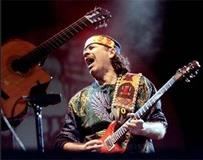 GRAMMY AWARD winning Mexican musician Carlos Santana, considered one of the best guitar players of all time, will perform at Lisbon’s Rock in Rio concert on June 2.

Santana is the first international superstar to join the line-up of Portuguese and Brazilian acts, which include Xutos & Pontapés, Ivete Sangalo and JQuest. He will perform work from his most recent album, All That I Am, on the main stage.

Santana, born in Mexico in 1947, became famous in the late 1960s and early 1970s with his “Eponym” eponymous band Santana, which created a highly successful blend of salsa,  rock, blues and jazz. Santana continued to work with these styles over the following decades, experiencing renewed popularity in the late 1990s. He has sold an estimated 80 million albums worldwide during his career.

All That I Am is the 38th album of Santana’s career and his third on Arista Records. Following in the footsteps of Supernatural, one of the biggest successes of 1999, with over 10 million copies sold and winner of eight Grammies, including Album of the Year and Single of the Year, this new album has many famous collaborators, including Steven Tyler of Aerosmith, Michelle Branch & The Wreckers, OutKasts’ Big Boi, Mary J. Blige, Mettalica’s Kirk Hammett, Sean Paul, Los Lonely Boys, Joss Stone, Anthony Hamilton and Will.I.Am of the Black Eyed Peas.

This will be Santana’s third visit to Lisbon, his last performance there being in 2002. It will also be Santana’s second appearance at Rock In Rio – he was one of the main stars of Brazil’s Rock In Rio event in 1991.