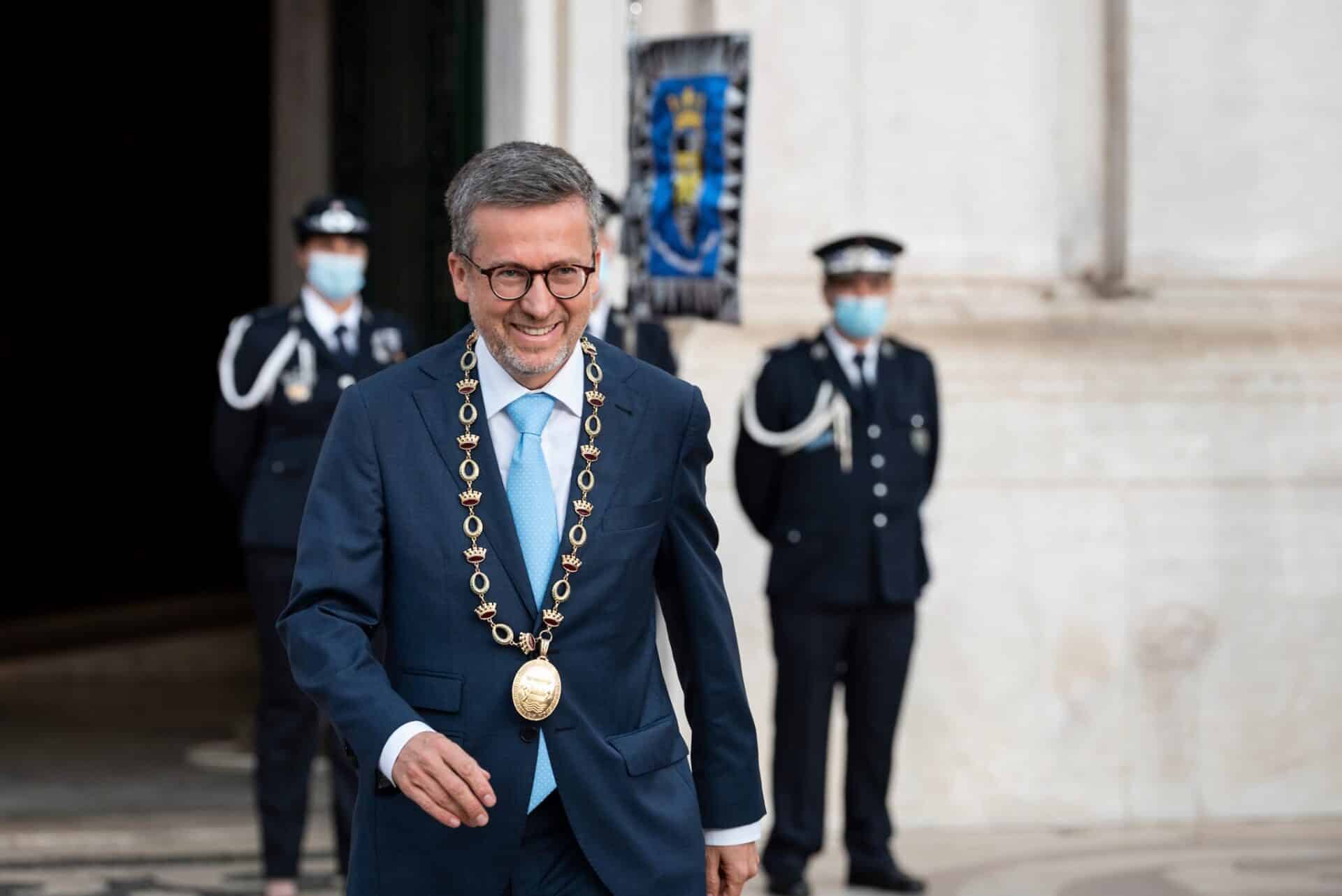 Carlos Moedas, Lisbon’s new-broom mayor, has officially taken office and said that he hopes to be able to work with the Socialist government of António Costa. But the former PSD minister has also stressed that “Lisbon will have its own policies and ambitions”.

“I want Lisbon to be more present in European and global debates, in the areas of energetic transition, sustainable mobility and science and innovation”, he told his audience at a ceremony yesterday in which he thanked his outgoing predecessor Fernando Medina for making the transition a peaceful one.

Moedas’ extraordinary victory was the big news of last month’s municipal elections – but with the dust now settling, it is clear his tenure could be fraught with difficulties: the council is unevenly split, with left-wingers easily able to outvote Moedas’ coalition.

“I have the right for our legitimacy to be respected”, he told them yesterday, but how this will play out is anyone’s guess.

For now, first priorities are in ‘involving people in decision-making’; bringing in free transport passes for the city’s young and elderly and creating an ‘access to health plan for all residents over the age of 65’.

Yesterday’s ceremony was attended by former president of the Republic Cavaco Silva, former PSD prime ministers Francisco Pinto Balsemão, Passos Coelho and Santana Lopes, and the leaders of the PSD and CDS parties, as well as governor of the Bank of Portugal, former PS finance minister Mário Centeno.

Writing on Facebook, Mr Moedas told his followers: “Lisbon has to be a home that everyone feels is theirs. Those born here and those who come to live here. Those who live in Lisbon and those who work here. The oldest and the youngest. The traditional city and the global city. This is a project constructed with everyone, and for everyone. Together we can change Lisbon. Can I count on you?”