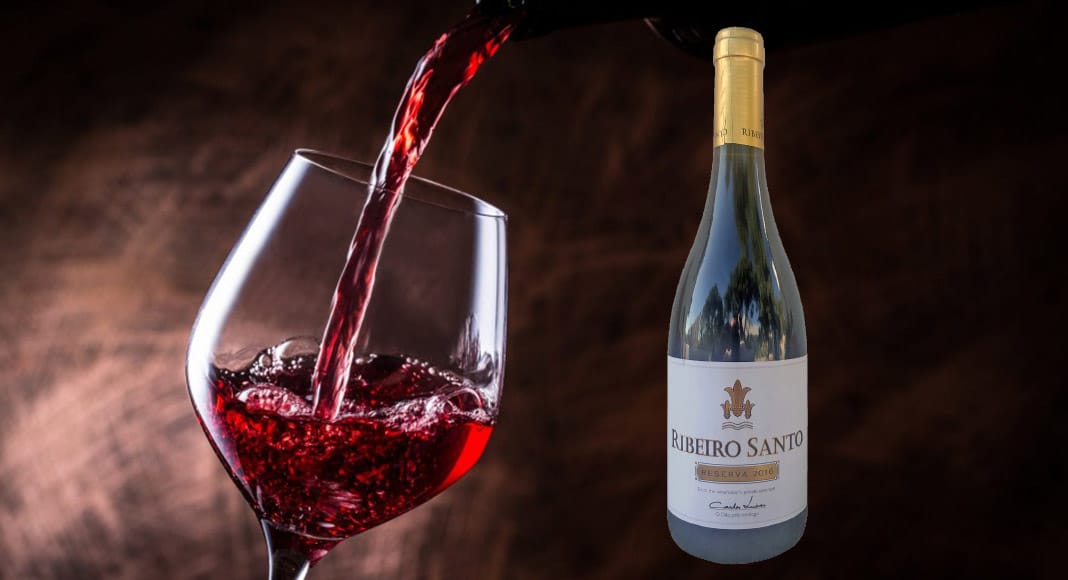 The Dão region was somewhat out of vogue for a long time. If we turn back the clock to the 1980s, Dão was better known for red table wines than the Douro. Then the following decades saw the Douro assert itself as the home of Portugal’s greatest wines whilst the Alentejo down south reared its head.

Dão wines for quite a while were, very wrongly, considered to be a bit dowdy. These days, however, anyone who really knows Portuguese wine will agree that this beautiful region of northern Portugal, to the south of the Douro and west of the Serra de Estrela mountains, is currently producing some of the country’s most interesting and exciting wines. And one of the producers to look out for is Carlos Lucas whose best-known label is Ribeiro Santo wines.

This Reserva is one of his best sellers. Widely available at supermarkets, I picked up this bottle at my local Intermarché, costing €8.99. This is a wine of great character made from a blend of Touriga Nacional, Alfrocheiro and Tinta Roriz, fermented in cement vats, then aged in used French oak barrels, previously used for barrel fermenting white wines. On the nose, it is spicy and fruity, full bodied yet fresh and juicy in the mouth with firm tannins and good acidity. Overall, an easy drinking and very versatile red.