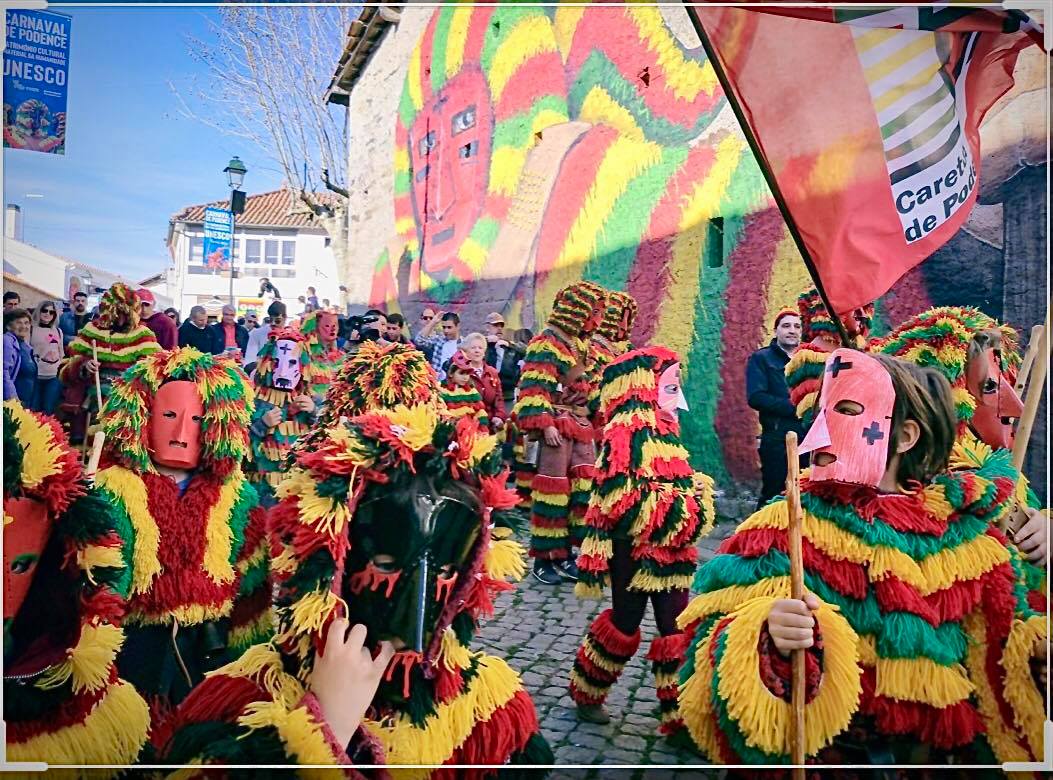 Portugal’s Caretos of Podence are celebrating their first anniversary on Saturday since being added to UNESCO’s list of the Intangible Cultural Heritage of Humanity with a symbolic ceremony.

Twelve masks are on display to mark the 12th day of the month. There are also colourful murals around the village depicting the Caretos, painted by local artists. The association aims “to be the most colorful village in Portugal” and to attract visitors throughout the year.

Last year, before the pandemic hit Portugal, the village of Podence in the northern Tras-os-Montes region of Portugal, attracted thousands of people to take part in the traditional carnival. Men and women dressed in colourful wool costumes ran around the village jumping and shouting and hitting women with the cowbells around their waists. The president attended too, and promised he would try to convince the government for them to participate at the next Expo Dubai, which was postponed for 2021 due to the coronavirus.

The tradition of Caretos de Podence is a pre-historic religious ritual that celebrates the end of winter and the arrival of spring. Local residents (historically men, but today women join in too), in the small town of Podence, wear leather masks and colourful costumes with cowbells on their belts. For three days, they run around the streets of the village, dancing and hitting women with them as an old fertility rite.

This year the village has fallen somewhat silent due to the pandemic. The Caretos were planning on travelling around the world this year, and their plans were disappointedly cancelled. But the Caretos of Podence still want the Portuguese president to keep the promise he made to the colourful masked people. They have not heard any further news regarding the Portuguese Pavilion, the president of the Association of Caretos de Podence, António Carneiro, told Lusa.

The Caretos are optimistic that next year their life may return back to normal. “The Caretos will go out on the streets for the next Carnival,” Carneiro told Lusa.