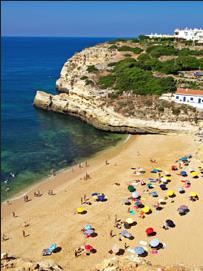 A BRITISH national newspaper has reported that expatriates are being discriminated against in Spain by being charged more in capital gains tax than Spanish people when selling their properties.

Several readers contacted The Resident about the Mail on Sunday article, which said ex-pats in Spain were taking out a class action against the Spanish government challenging the country’s capital gains tax law.

It claimed that foreign property owners, when selling their homes, have been charged a higher rate than Spanish owners. This is unlawful under EU statutes but the article said this has never been recognised by the Spanish authorities.

The Resident has investigated this matter as it applies in Portugal and the situation is clear – there is no discrimination.

Taxes paid by British citizens in Portugal are ruled by an agreement between Portugal and the UK to avoid double taxations, document DT15662, Article 13, which has been in place since March 1968.

António Pinto from Neville de Rougemont told The Resident: “At the moment, Portugal complies with the regulations of the convention” thus making Portugal fair in its taxation of British nationals.

In Portugal, the nationality of a person has no relevance to the amount of capital gains tax charged. The rates that are paid are according to whether you are a resident  in Portugal or not.

AFPOP, the property owners organisation in Portugal, said the tax was “a second home tax because it is assumed that if you are not a resident in Portugal then the property you buy is considered to be a second home”. This tax is irrelevant of nationality and a Portuguese national would have to pay the same amount if they declare themselves as being a non-resident.

Filipe Lowndes Marques of Lisbon-based law firm Morais Leitão, Galvão Teles, Soares da Silva and Associados told The Resident: “There used to be an issue regarding reinvestment, as only reinvestment in Portugal was accepted, but this has now been extended to the purchase of any property in the EU.”

This has increased the freedom of the movement of money within the EU without penalty.

Although the taxation of people in Portugal with regards to capital gains is based upon residency status, Vicky Rodrigues of Neville de Rougemont told The Resident: “There has also been some indication that this difference in treatment may be unconstitutional and against EU laws but as far as I am aware, there is no class action suit against the Portuguese government on this point as yet”.

For further information on the double taxation agreement between Portugal and the UK visit www.hmrc.gov.uk