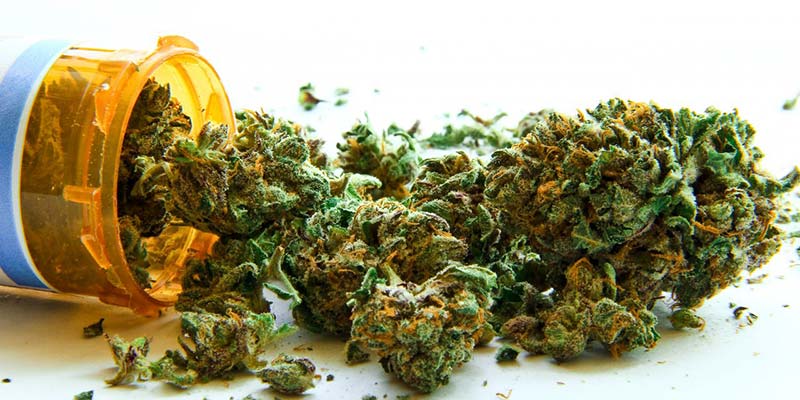 A series of recent events indicate that Portugal is on its way to becoming a major producer and exporter of cannabis for medical purposes.

Holigen, a Portuguese company, has joined forces with a Canadian firm and, when fully operational next year, it could be one of the largest legal cannabis cultivation facilities in the world.

On its 72-hectare site in the Alentejo region, Holigen will be able to initially produce about 500,000 kilograms of cannabis per year. According to estimates, the annual figure could rise to more than 630,000 kilograms.

Holigen is said to have invested €40 million in the project and sold a 19.8% stake to the Canadian firm Flowr for a cash payment of nearly €4 million.

“We believe this is a transformative transaction that establishes Flowr as a global player in the cannabis industry,” said Vinay Tolia, co-chief executive of The Flowr Corporation. “We’re using our financial strength and industry-leading cultivation expertise to gain exposure to the rapidly expanding European and Australian markets through Holigen.”

Aurora Cannabis Inc, based in Edmonton, Alberta, has signed an agreement to acquire a 51% ownership stake in Gaia Pharma, a Portuguese-based company with plans to develop a local facility to produce medical cannabis and derivative products.

The Canadian firm said it had advanced its strategy “to attain early mover advantage in countries with nascent medical marijuana markets”.

One of Portugal’s major attractions for such foreign companies is that it has ideal climatic and local cultivation conditions.

Portugal pioneered the decriminalisation of cannabis possession in 2001, but it later fell behind internationally in legalising cannabis for medical purposes.

The regulations were endorsed not only by the ruling Socialist and left-wing alliance but by the right-of-centre Social Democrats, the largest single party in parliament. The move was strongly prompted and welcomed by Portugal’s leading association of medical doctors, but cannabis is still not available as a prescription medication in local pharmacies.

Some research pharmacists are opposed to it in the belief that there is no solid scientific evidence to prove the efficacy and safety of cannabis use. Similar uncertainty exists in various circles in other countries and will remain so pending a more thorough analysis of the risks.

At the centre of attention in all this is cannabidiol, or CBD, an active ingredient of cannabis, with little or no psychotropic effects. In other words, it doesn’t give you a “high”.

Some 800 CBD products are said to be already available on the market globally. While still a controversial substance, carefully regulated cannabis is now widely accepted as useful in dealing with such conditions as insomnia, anxiety, depression, nausea, arthritis and chronic pain.

It’s also being prescribed to combat post-traumatic stress disorder, alleviate side effects from cancer therapy, and help with other serious ailments including Parkinson’s disease.

While the pros and cons debate continue and entities such as the European Union and the United Nations remain cautious, the legal cannabis business is starting to boom.

Hundreds of millions of euros and dollars worth of cannabis are being legally produced in Europe, Canada and many American states.

If all states in America legalise medical cannabis, there is expected to be a $40 billion industry by 2025. On top of this, an increasing number of states and nations are legalising the recreational use of cannabis.

The so-called “war on drugs” that has been going on for decades has clearly failed.

Drug trafficking and the illicit sale of marijuana, as well as stronger addictive substances such as cocaine and heroin, remain plentiful and easily available. According to the United Nations, 158.8 million people around the world use marijuana — more than 3.8% of the planet’s population.

Even in a relatively small country like Switzerland, an estimated 200,000 people are using the drug illegally. Last week the government said it was considering allowing up to 5,000 people to smoke marijuana in pilot studies that could lead to dropping the strict limitations on recreational use.

While the illegal drug trade has reaped vast profits over the years for gangsters and outpaced the agencies trying to control it, the current medical cultivation and distribution initiatives are attracting major investors because the way forward in a different direction means continued big business.