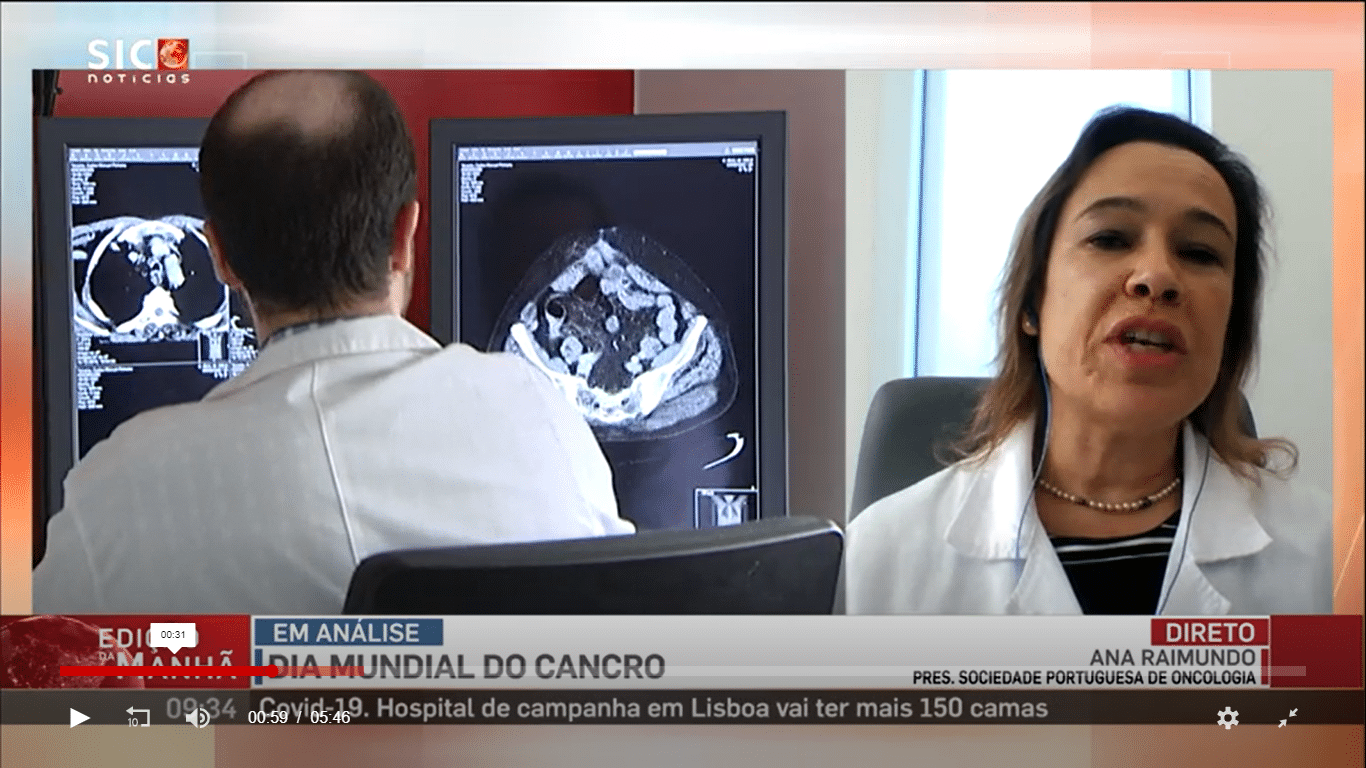 It has taken World Cancer Day (today) for newspapers in Portugal to concede that cancers are killing more than four times as many people as Covid-19.

With the nation’s focus almost totally on ‘the virus’ these days, the latest report on cancer investigation by the World Health Organisation (WHO) has shown that in 2020 (on the last day of which there had been less than 7000 deaths nationally), over 30,000 Portuguese died of different forms of cancer.

During the pandemic’s first tumultuous year, 60,467 people received cancer diagnoses. This may sound a lot, but it is 25% ‘down’ statistically, leading to an alert this morning by Ana Raimundo, president of the Portuguese Society of Oncology, that people ‘need to remember there are other illnesses’ with the potential to kill beyond Covid-19.

Vítor Rodrigues, president of Portugal’s League Against Cancer, is convinced the country is about to witness a “wave of late diagnoses” due in part to people’s fears to go to hospitals during the pandemic, but also because of the lack of routine healthcare and screening initiatives over the last 12 months.

“Colorectal exams are very behind”, he told Correio da Manhã. “So are those for cancer of the womb, the lungs, the liver and the pancreas”.

Authorities “must prepare” for these services to be reinstated, he said,  “because these cases will overlap otherwise with diagnoses made in time” – causing huge pressure on oncological services.

According to WHO data, 169,550 Portuguese are living with cancers, while 25% of the population “runs the risk of developing cancer before the age of 75”. Ten per cent of these cases will be fatal.

Says Vítor Rodrigues, in absolute terms, cancers in Portugal are increasing by 3% every year, largely due to increased longevity.

In an interview today with Público, António Parreira, clinical director of the Champalimaud Centre has added his voice to warnings, saying: “We are going to return to the types of advanced cancers that we haven’t seen in decades”.

In short, say the experts, it’s time to widen the health focus again before the collateral damage of the pandemic becomes much more of a monster than Covid-19 itself.