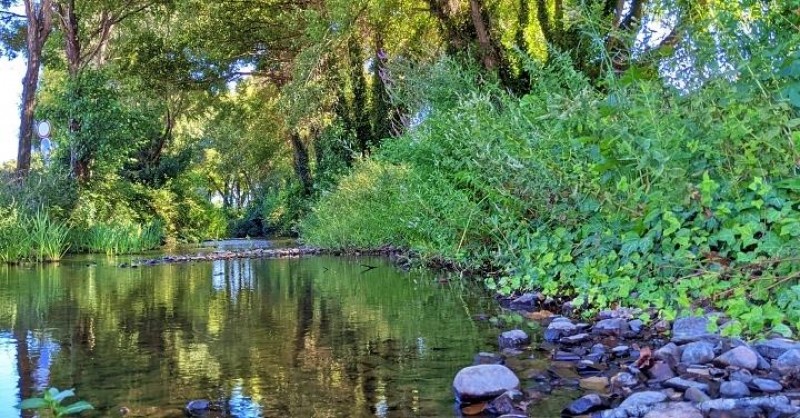 A meeting on Thursday night broke up in Aljezur with the citizens who pushed for it less than reassured. They had requested the session after learning that the Câmara plans to use a herbicide containing glyphosate to control reeds and acacias that have recently been bulldozed along the town’s riverbanks.

The reeds particularly are already growing back – hence the plan to treat them in three stages with Green Python, a compound containing the chemical that has been endlessly linked to cases of cancer (click here).

The Câmara’s ‘explanation’ to the 50-odd citizens who attended the meeting involved allusions to the reeds as ‘cancers’ that therefore had to be treated with ‘chemotherapy’.

The audience was made up of a number of professional people, specialists, representatives of NGOs and at least one doctor who claims to have found traces of glyphosate in the bloodwork of every cancer patient that she had ever treated.

The truth is that traces of glyphosate can be found in most people (click here). But that doesn’t mean Aljezur residents are prepared to roll over and allow further use of it without a fight (see update below).

“We have alternatives that we want to discuss”, explained one. “But the Câmara seemed to be saying ‘this is the way it is. We are right. There is nothing to worry about’. We do not agree. Our strategy now will be to work out our options and keep up with this campaign to ensure our riverbanks are kept free from harmful chemicals which will leak into the ground and affect what is a unique ecosystem, home to otters, kingfishers and critically-endangered fish species that are largely unknown”.

“Substantial damage has already been done as a result of the use of heavy machinery on the riverbanks. The Câmara was notified by local NGOs and ecologists of this danger, but carried on regardless”.

The local municipality meantime advised the community back in May 2019 of this initiative, explaining that the proliferation of reeds and invasive species like acacias “constitute one of the most important causes for loss of biodiversity” along the riverbanks.

In November this year, it sent out a notice, advising citizens of last Thursday’s meeting, saying the use of Green Python after the bulldozing work had been approved by environmental agency APA, the forestry institute ICNF and the Algarve hydrological entity ARH as the “definitive form” to eradicate invasive species and “attain a greater good: the restoration of biodiversity along the banks, through the repositioning (at a later date) of indigenous species which would not be able to thrive if the reeds remained”.

The initiative will be costing around €250,000 and has been funded by the government’s Fundo Ambiental (environmental fund).