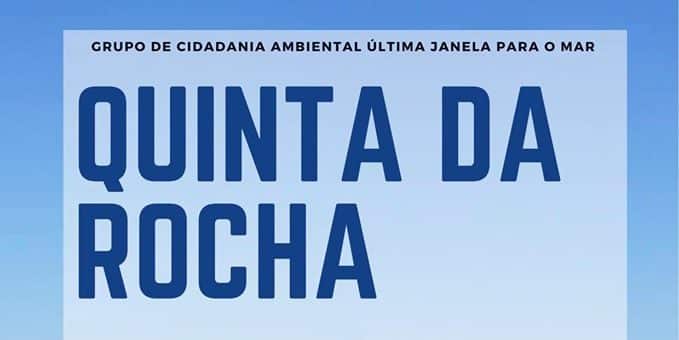 Environmental campaigners desperate to save the last ‘green lungs’ of the coastal Algarve have a new cause – the ‘soft rural tourism plan’ recently presented for Alvor’s Quinta da Rocha, and open to public consultation until next week (click here).

Close inspection of all the relevant documents attached to the proposal have confirmed that the plan is a Trojan Horse, or “wolf in sheep’s clothing”, say dissenters who are now calling on like-minded locals to gather signatures backing a comprehensive 10-page missive to the CCDR (the commission for rural development) calling for the whole idea to be thrown out.

Without CCDR backing, the plan cannot be sanctioned, even by the local council (Portimão) which appears to have told national journalists that it can see “nothing wrong with it”.

The ‘holes’ however are quite clear.

Says citizens group “A Última Janela Para o Mar”, the proposal “constitutes a considerable increase in urban building within a sensitive marshland area that has both RAMSAR and Rede Natura 2000 classification”.

More importantly, it represents the ‘thin end of the wedge’.

Campaigners fear that if this ‘watered down version’ of a major touristic complex initially planned for the site is given the green-light, further building will undoubtedly follow.

And Quinta da Rocha’s ‘history’ does it no favours.

Says the presentation by “A Última Janela para o Mar”: “The story of attempts at building at Quinta da Rocha has been dismal…”

Heavily-indebted property mogul Aprígio Santos was ultimately ordered to make good the damage heavy machinery had caused, and halted in his attempts to create a VIP resort.

Although the site is no longer under “constant threat of criminal activity”, campaigners say the dangers of property speculation remain.

And the ‘non-sequiters’ in the plan are just a little too blatant.

For example, the use of the word “reconstruction” of existing buildings on the site.

Says “A Última Janela para o Mar”, the majority of these buildings are barns, ruins and pig-styes that were never habitational.

To ‘reconstruct’ them as such – to create a small hotel and various rural houses – would completely go against the ethos of the Portimão development plan, says the group, which will be collecting signatures to support its campaign tomorrow (Saturday) from the garden opposite Portimão’s TEMPO theatre at 7pm.

The idea for the event is for people to learn more about the Quinta da Rocha plan to help power the case made to the CCDR.